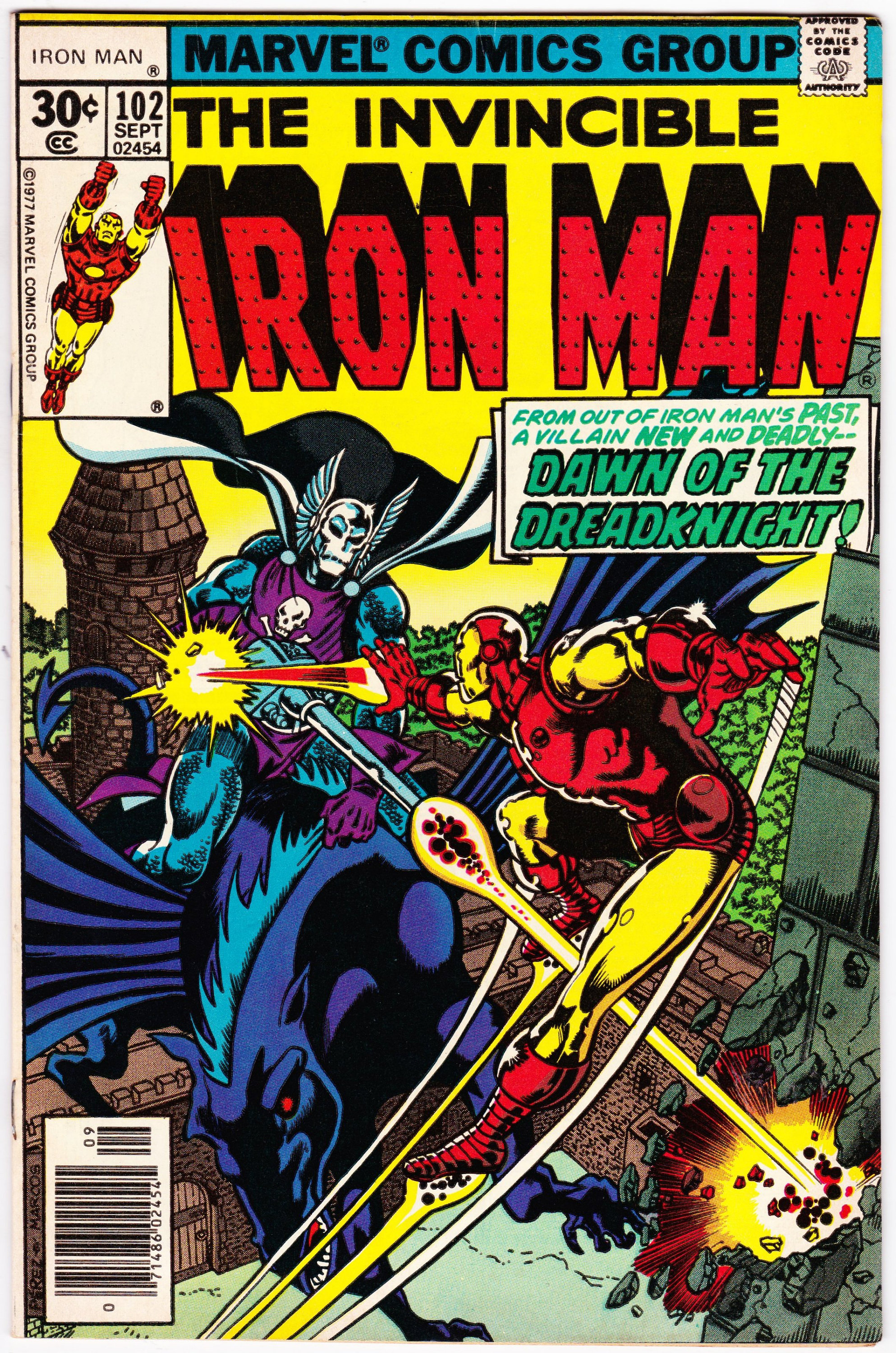 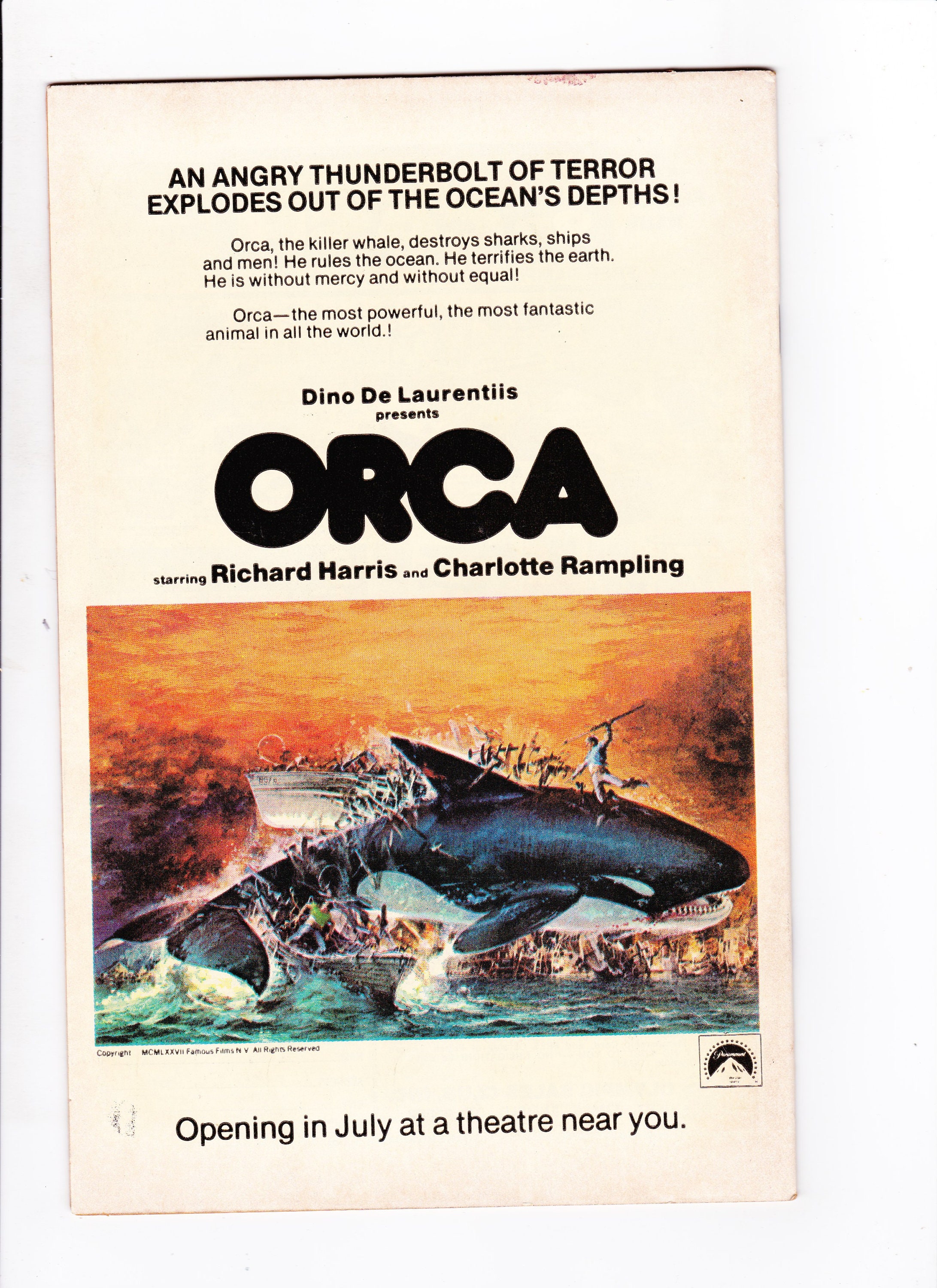 "Dreadknight and the Daughter of Creation!" Part 2 of 2:
In the courtyard of Castle Frankenstein, the armored avenger and Frankenstein's monster go down to defeat at the hands of Dreadknight! And unceremoniously the invincible one and his 19th century ally are dragged off in chains to the castle dungeons! When Dreadknight visits the dungeon and harshly interrogates the Baroness Victoria von Frankenstein, the cursed creation of Victor Frankenstein breaks free! And now Dreadknight faces the dreadful consequences of his actions! Will Iron Man and Frankenstein's monster flip the script the second time around? Origin of Dreadknight. Cameo appearances by Jasper Sitwell, Madame Masque (as Krissy Longfellow), and Jack Hart. Flashback cameo by Doctor Doom.
DNotes: Dreadknight appears next in the second issue of the Black Knight (1990 1st series) Limited Series. The letters page includes a letter from comics historian Peter Sanderson.

1st printing.
This comic book is in used condition and is complete with all pages and cover attached it has flaws that warrant a grade of Fine.
Comic Book will be shipped bagged and boarded!