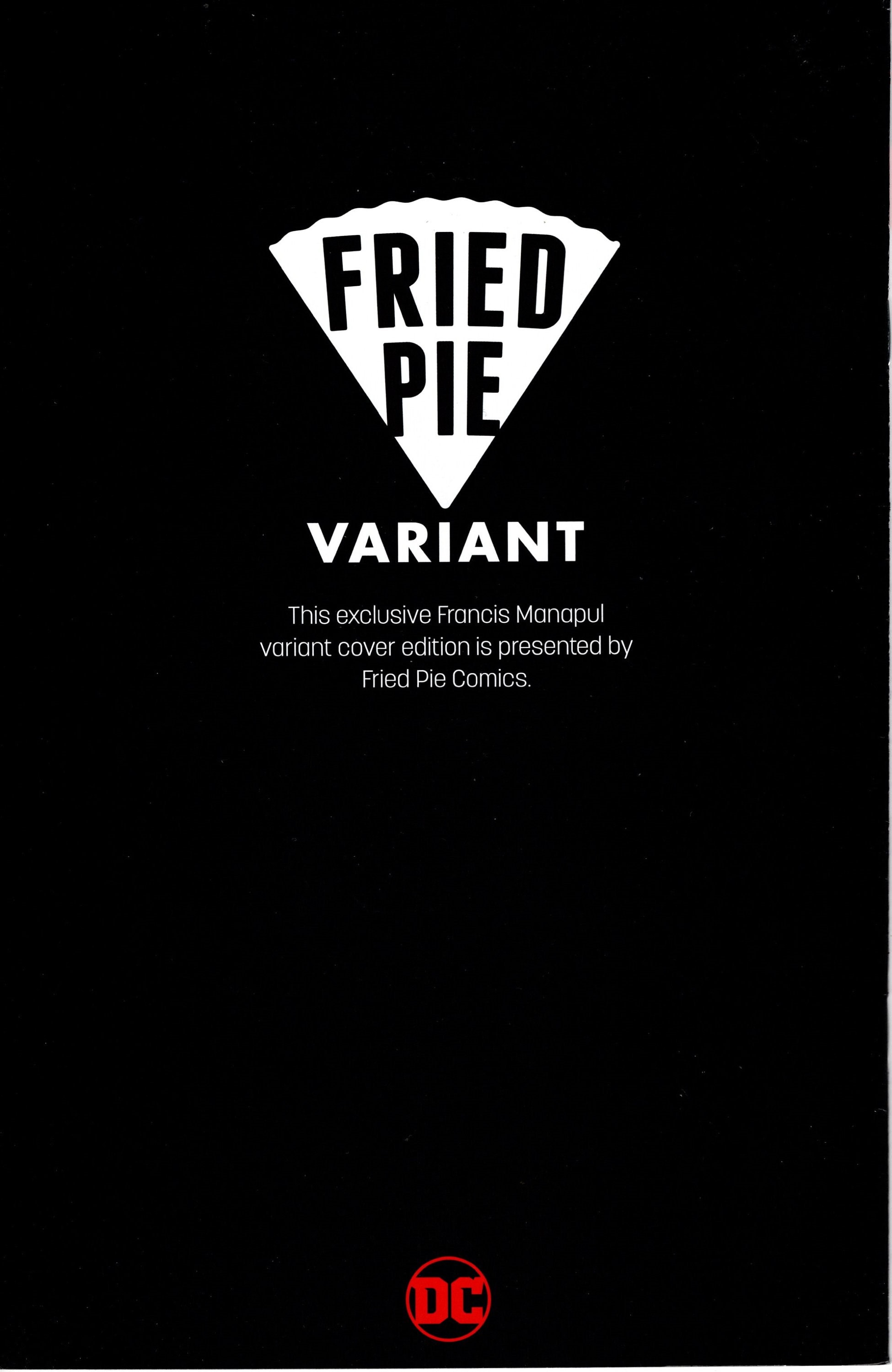 This edition was printed for sale at Books a Million exclusively low print run.

Justice League vs. Suicide Squad: Part 1 of 12 - Written by Joshua Williamson. Art by Jason Fabok. Cover by Francis Manapul. The first major event storyline of DC's Rebirth era begins with a day Amanda Waller always knew would come: the Justice League discovers the existence of the Suicide Squad! This government-sponsored black-ops team of super-villains with bombs implanted in their brains is obviously a deal-breaker for Earth's paragons of truth and justice! But you can bet that the Wall and her Task Force X won't go down without the fight to end all fights as this weekly series gets underway! 40 pages, full color. Rated T

1st printing.
This comic book is in used condition. Comic is complete with cover and all pages attached. This comic has some flaws that warrant a NM grade.
Comic Book will be shipped bagged and boarded!