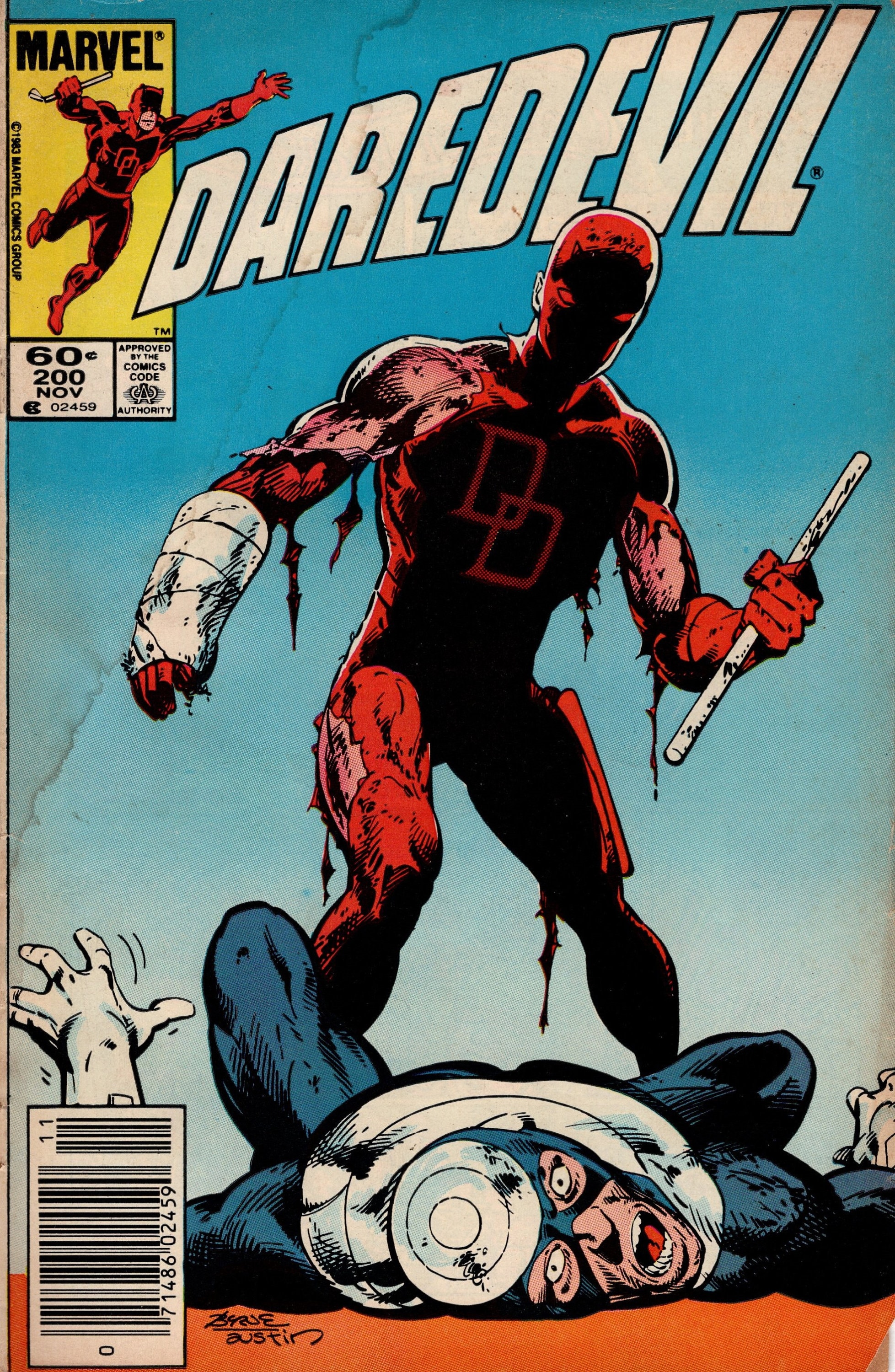 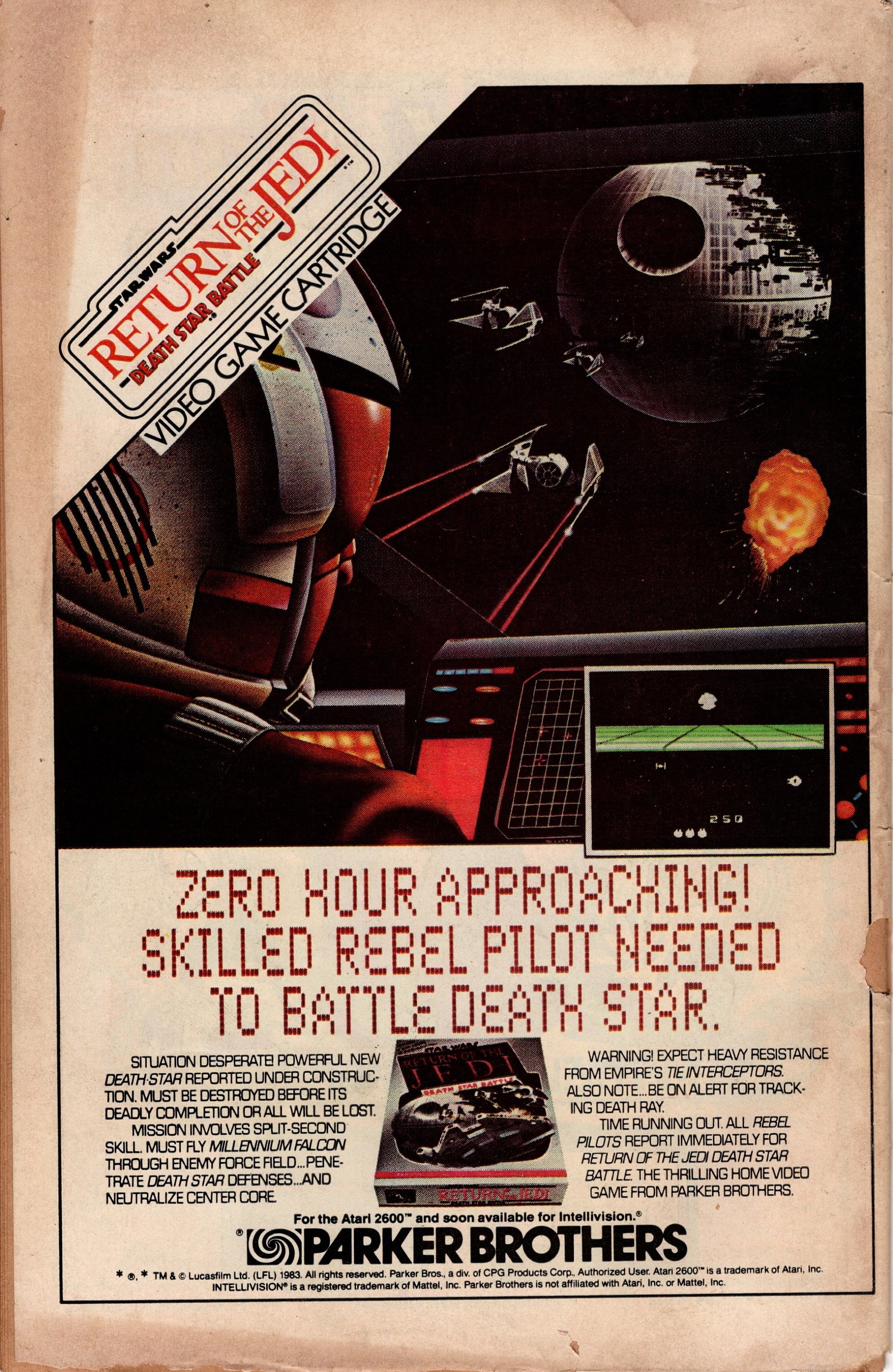 Back in New York, Bullseye immediately regains his job as the Kingpin's chief assassin. Daredevil wears a cast over his broken right arm and instantly starts training to compensate for his injuries. Questioning Turk the usual way, he learns that he can meet Bullseye in the old St. James arena. There he is confronted by a strong memory: years ago Battlin' Jack Murdock had to wrestle there, disguised as a devil - later crying because of the humiliation. Upstairs in the ring Daredevil meets Bullseye alone, with nobody to interfere in his attempt to get Bullseye...

1st printing.
This comic book is in used condition. Comic is complete with cover and all pages attached. This comic has some flaws that warrant a G grade.
Comic Book will be shipped bagged and boarded!