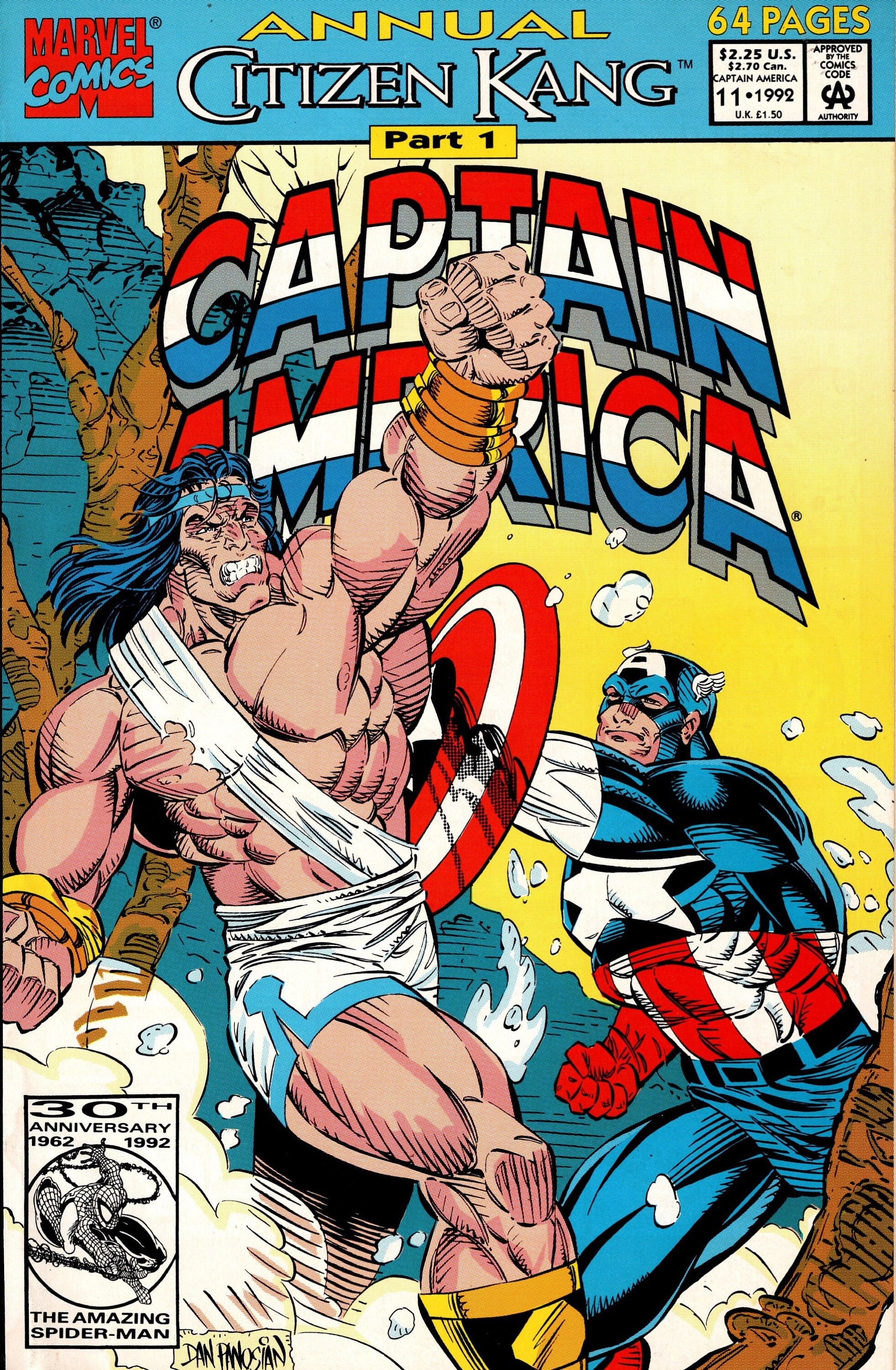 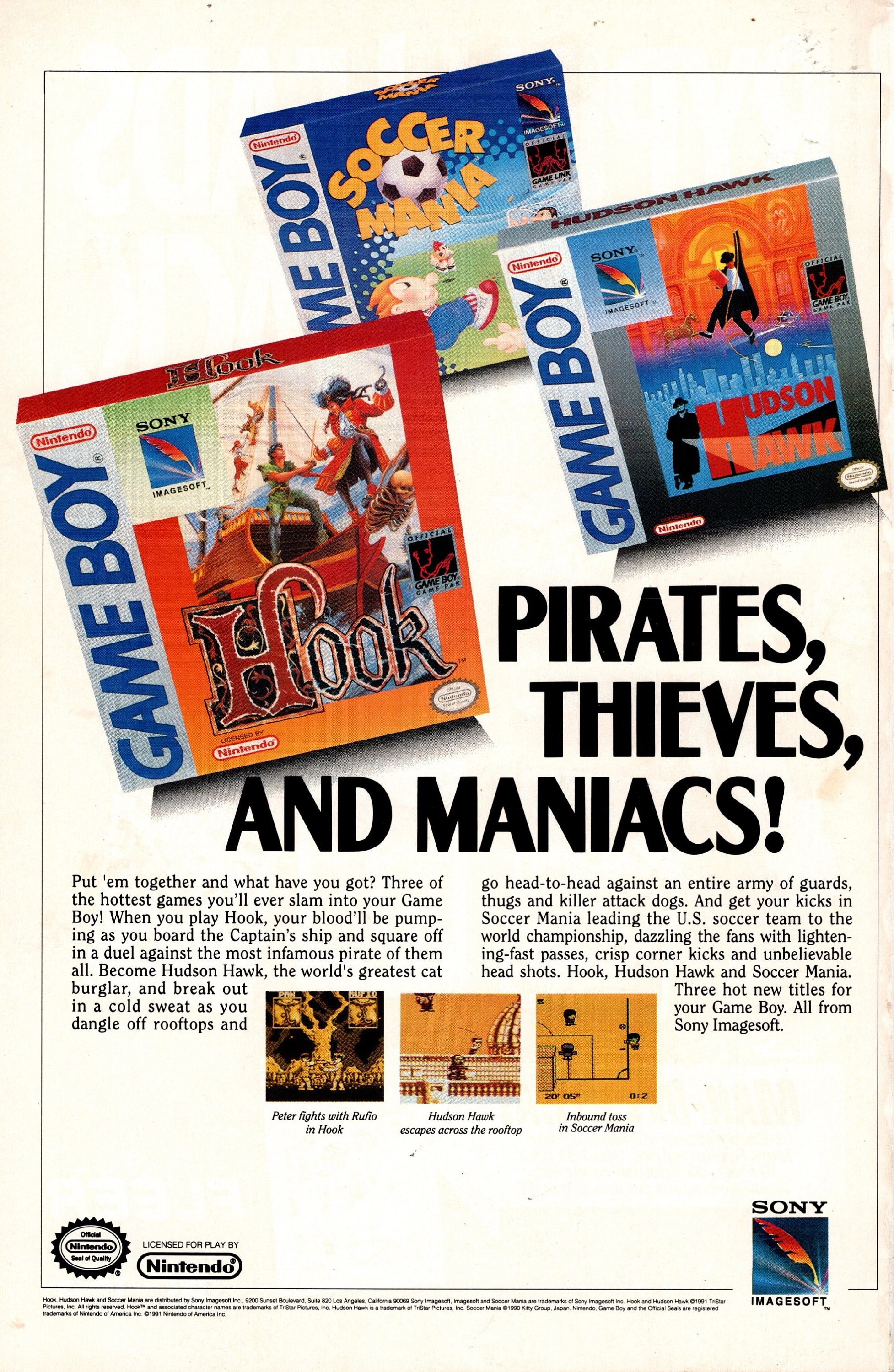 Captain America visits the small town of Timely, Wisconsin in search of his fellow avenger the Vision. While investigating a local manufacturing plant, the star-spangled avenger somehow stumbles back in time! Where is Cap? Or perhaps the better question…when is Cap? Strangely enough, the Living Legend emerges around the year 2700 B.C. in the middle of the Epic of Gilgamesh! And of course bumps into…Gilgamesh himself! Is this Gilgamesh the same one that will eventually become an avenger? The shield-slinger isn't sure until he meets a young brunette girl named Sersi! Then Cap realizes that he's back in the early days of the Eternals. That's good to know, but where do Captain America and the young Sersi go from here? Story continues in Thor Annual 17. Cameo appearances by Doctor Druid, Nebula (aka Ravonna), Kang, and the Vision. Second feature: "Captain America's Top 10 Villains" Script by George Caragonne. Art by Larry Alexander. While dining together at a Manhattan restaurant, the Living Legend tells Diamondback about his greatest foes through the years. Third feature: "Captain America's Shield" Script and Art by Eliot Brown. Fourth feature: "Captain America's Jet Freedom's Flight" Script and Art by Eliot Brown. Fifth story: "Test Flight" Guest-starring the Falcon. Script by Mark Gruenwald. Plot and pencils by James Brock. Inks by Charles Barnett. After one of his young acquaintances gets into trouble with the Taskmaster, Sam Wilson gets a chance to test his new uniform and weaponry against the Taskmaster himself! Sixth story: "Birth of a Warlord" Part 1 of 4. Script by Peter Sanderson. Pencils by Rich Yanizeski. Inks by Fred Fredericks. For posterity's sake, Kang the Conqueror records his memoirs and takes a walk down memory lane. Flashback cameos by the Avengers, Fantastic Four, Doctor Doom, and Pharaoh Rama-Tut. (Note: Splash page art by Mark Pacella and Dan Panosian.) 64 pages

1st printing.
This comic book is in used condition. Comic is complete with cover and all pages attached. This comic has flaws that warrant a NM grade.
Comic Book will be shipped bagged and boarded.