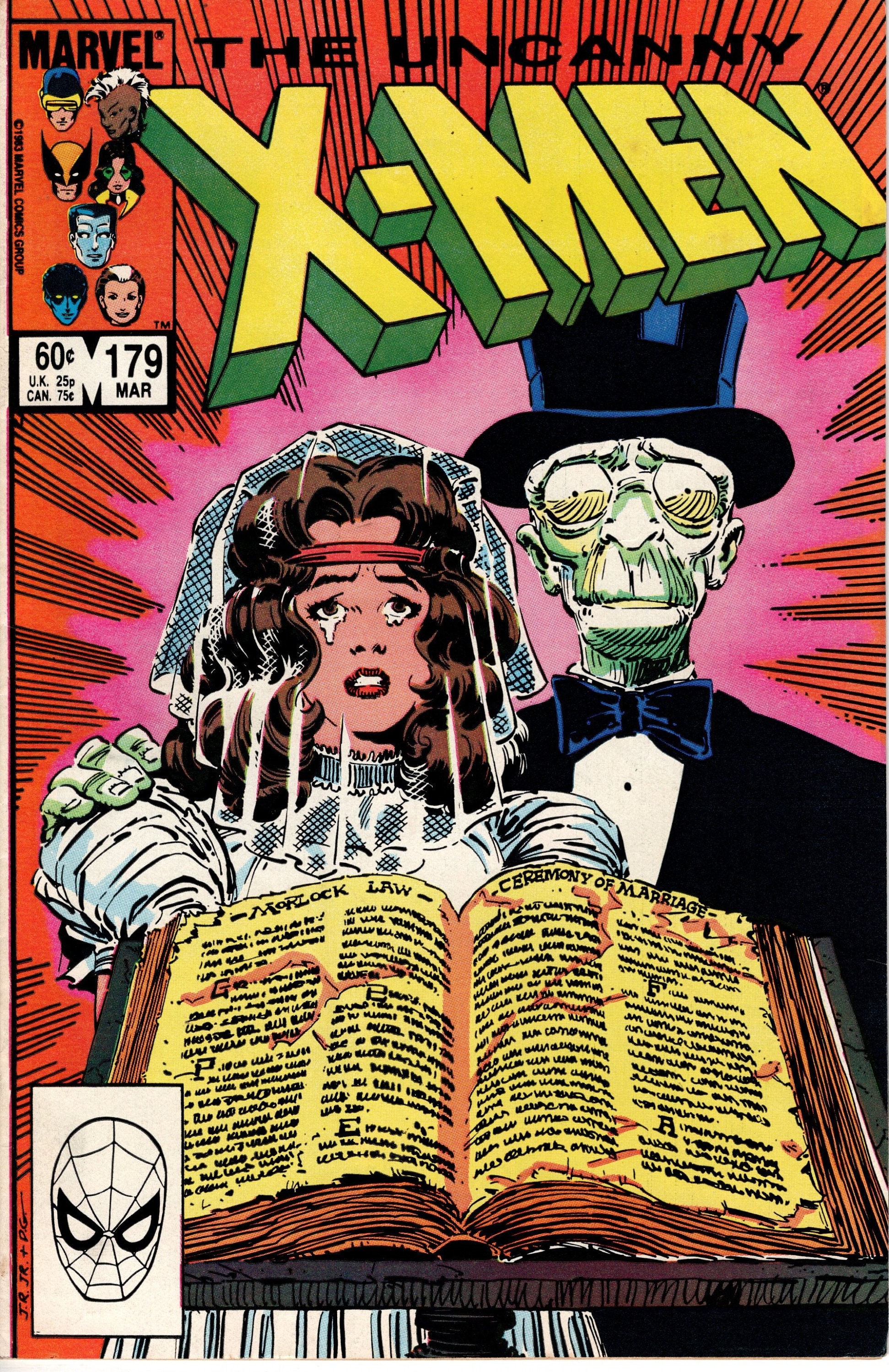 Synopsis for "What Happened to Kitty!" Part 3 of 3:
The Morlocks have captured Kitty Pryde and are now preparing her for a forced marriage to Caliban. Having left the X-Men to believe that Kitty had died falling off the roof of the Baxter Building, Storm, Wolverine and Rogue go to examine the body. Wolverine tells his comrades that he girl on the morgue slab before them is not Kitty, making Storm wonder who could have captured her and why they went through such trouble to make the other X-Men think that she was dead. Meanwhile at the X-Mansion, Nightcrawler examines Colossus's frozen body and cannot detect a heart beat, making he, Professor X, Illyana and Amanda Sefton wonder if even in his armored form he could have survived being frozen. Their examination is interrupted when Storm contacts the Professor telepathically and tells him of the news surrounding "Kitty's" death. Before she can tell him whom she believes is behind the capture the Professor is struck by a powerful mental probe by some alien force of great power and passes out. Down in the Morlock Tunnels, Kitty snaps out of her stupor to find that the Morlocks are attempting to marry her off to Caliban. When she attempts to resist, Callisto points out that when she was down in the tunnels previously, she promised to do whatever Caliban wanted if he helped her. Caliban wished to marry the girl, and Callisto is trying to bind her to her promise, even though Caliban realizes that the girl could never love him. When Kitty attempts to flee into the sewers she comes across the young Morlock named Leech who is lost and scared in the tunnels. She decides to lead the boy back and agrees to honor her promise.