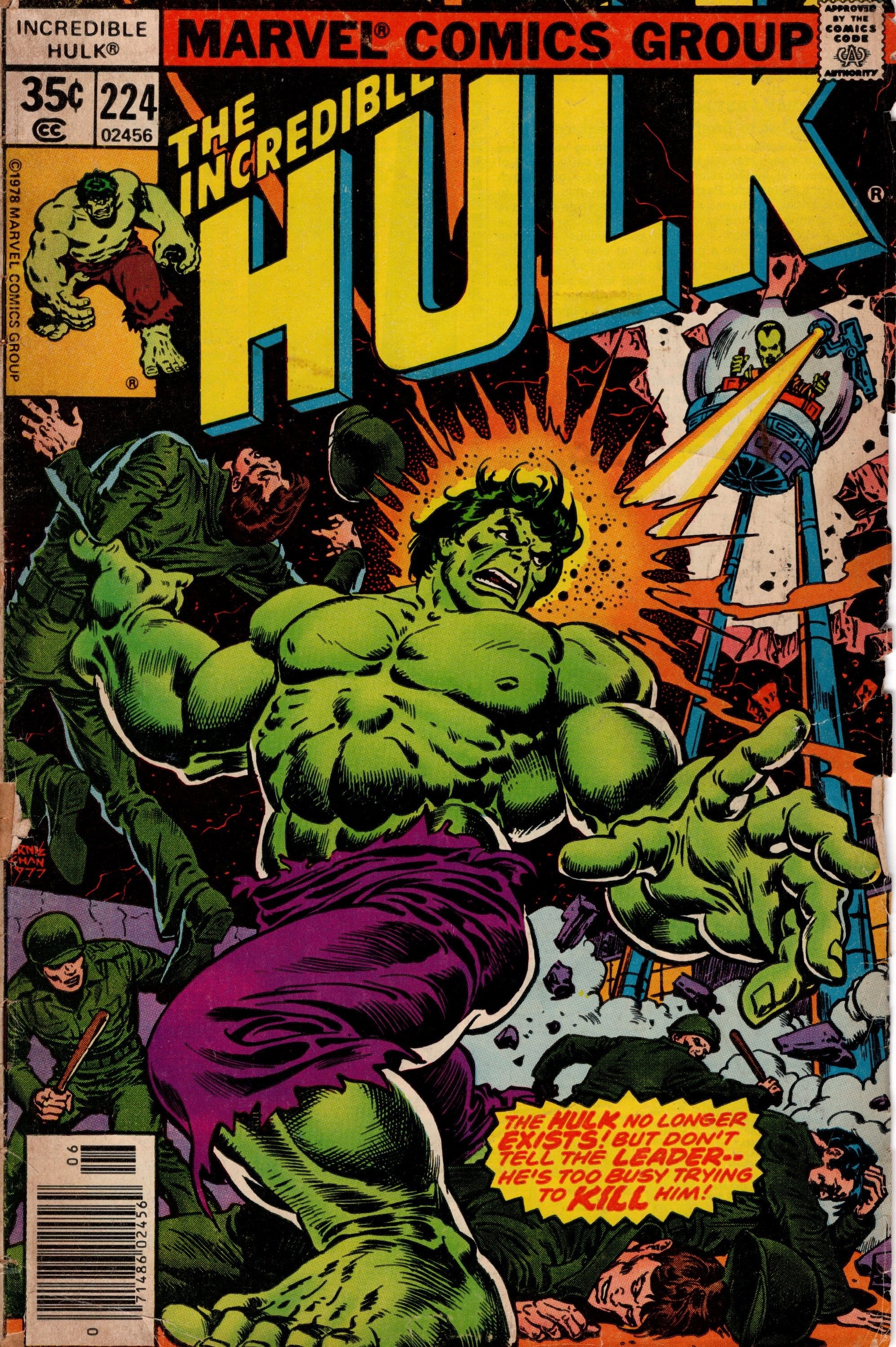 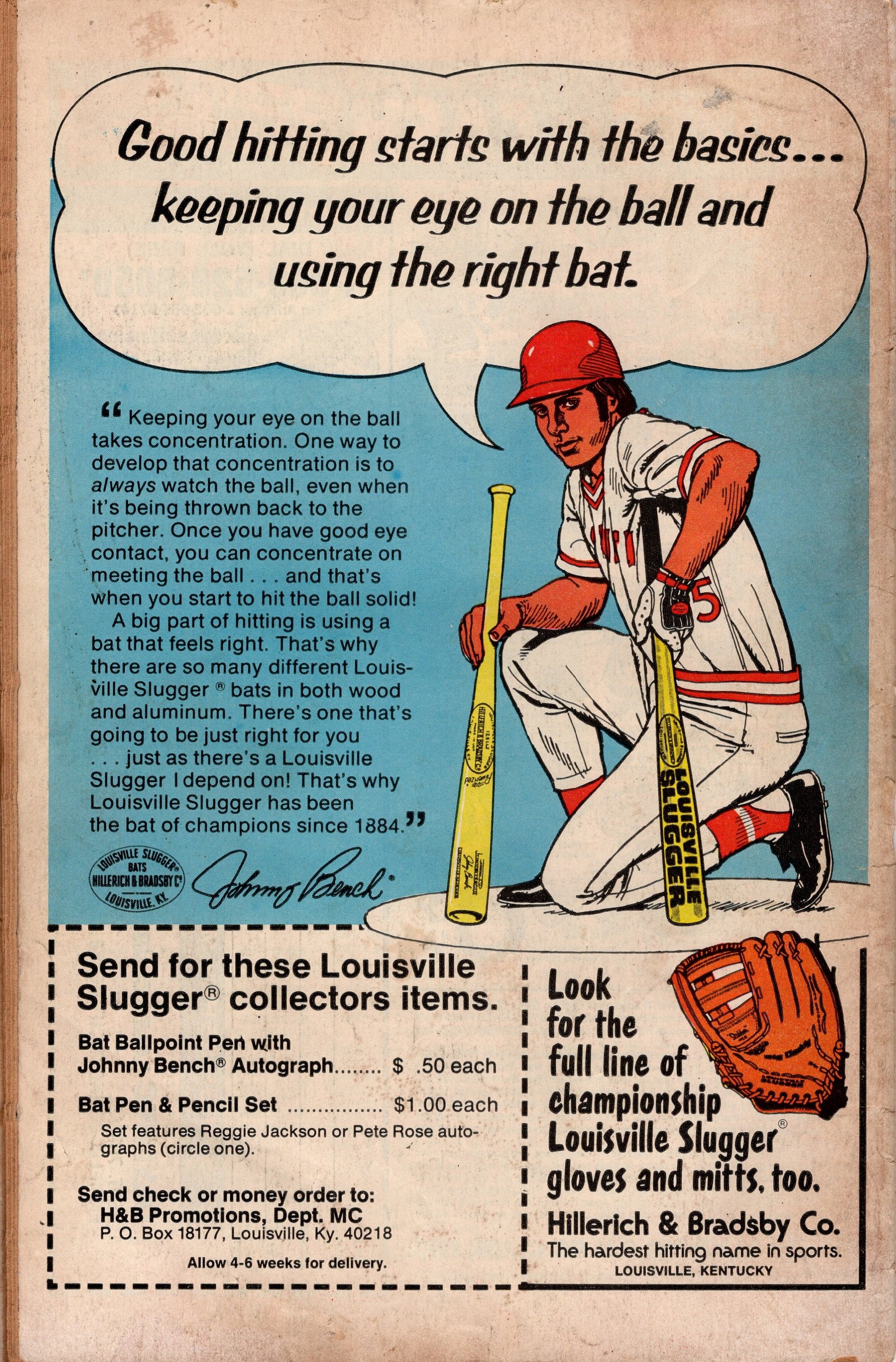 "Follow the Leader!":
The Leader has Bruce Banner, Doc Samson, General Ross and Spad McCracken as his prisoners; He laughs maliciously as he details the events that led to his resurrection; Doc Samson manages to break free of his bonds; He rushes towards the Leader, but a post-hypnotic suggestion prevents him from actually attacking him; Samson realizes that only the primitive mind of the Hulk can hope to overcome the Leader's mental powers; Banner, though, refuses to become the Hulk again; they decide to make use of a remote controlled Hulk robot.

1st Printing.
This comic book is in used condition. Comic is complete with cover and all pages attached. This comic has some flaws that warrant a G grade.
Comic Book will be shipped bagged and boarded!