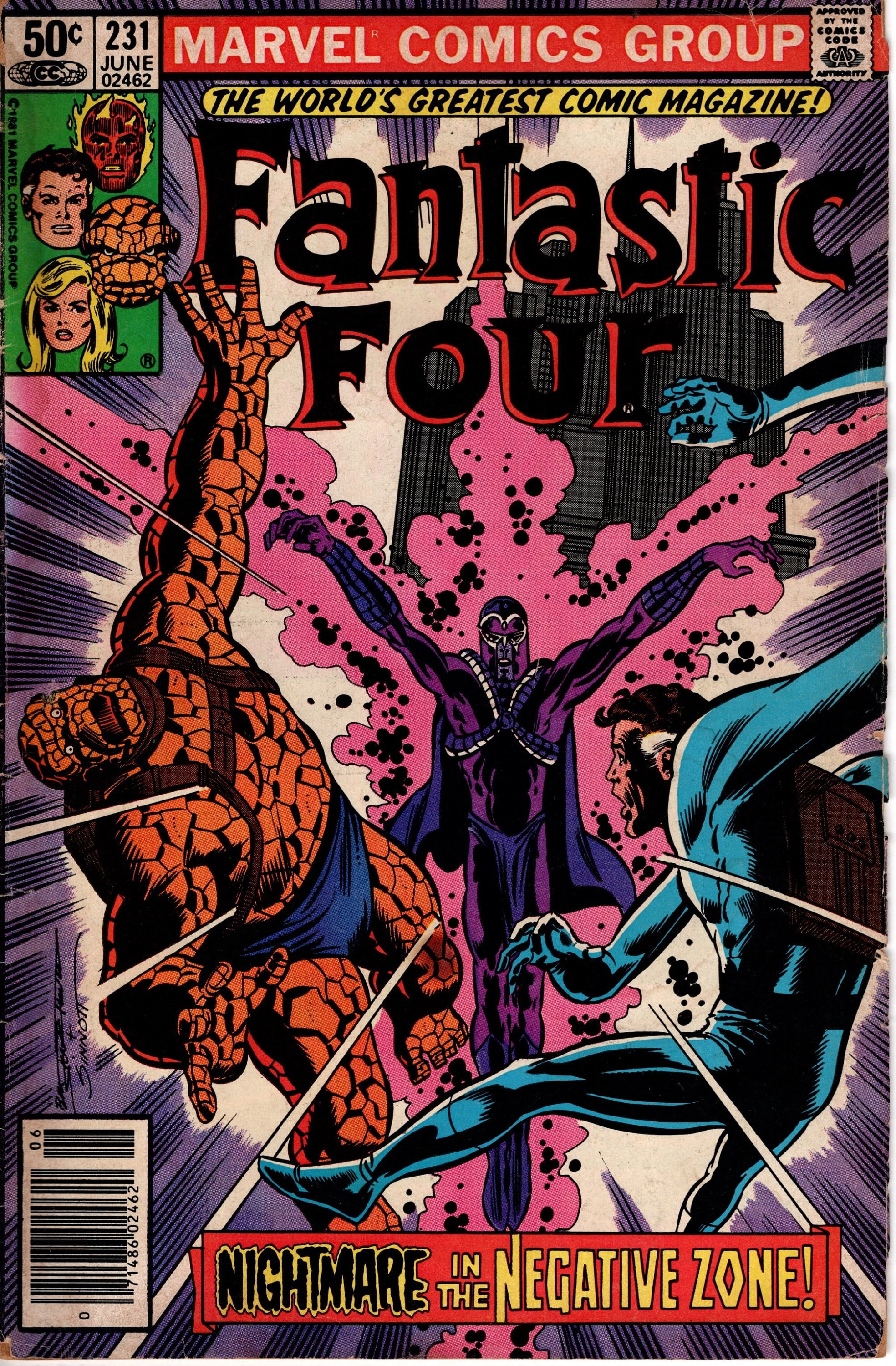 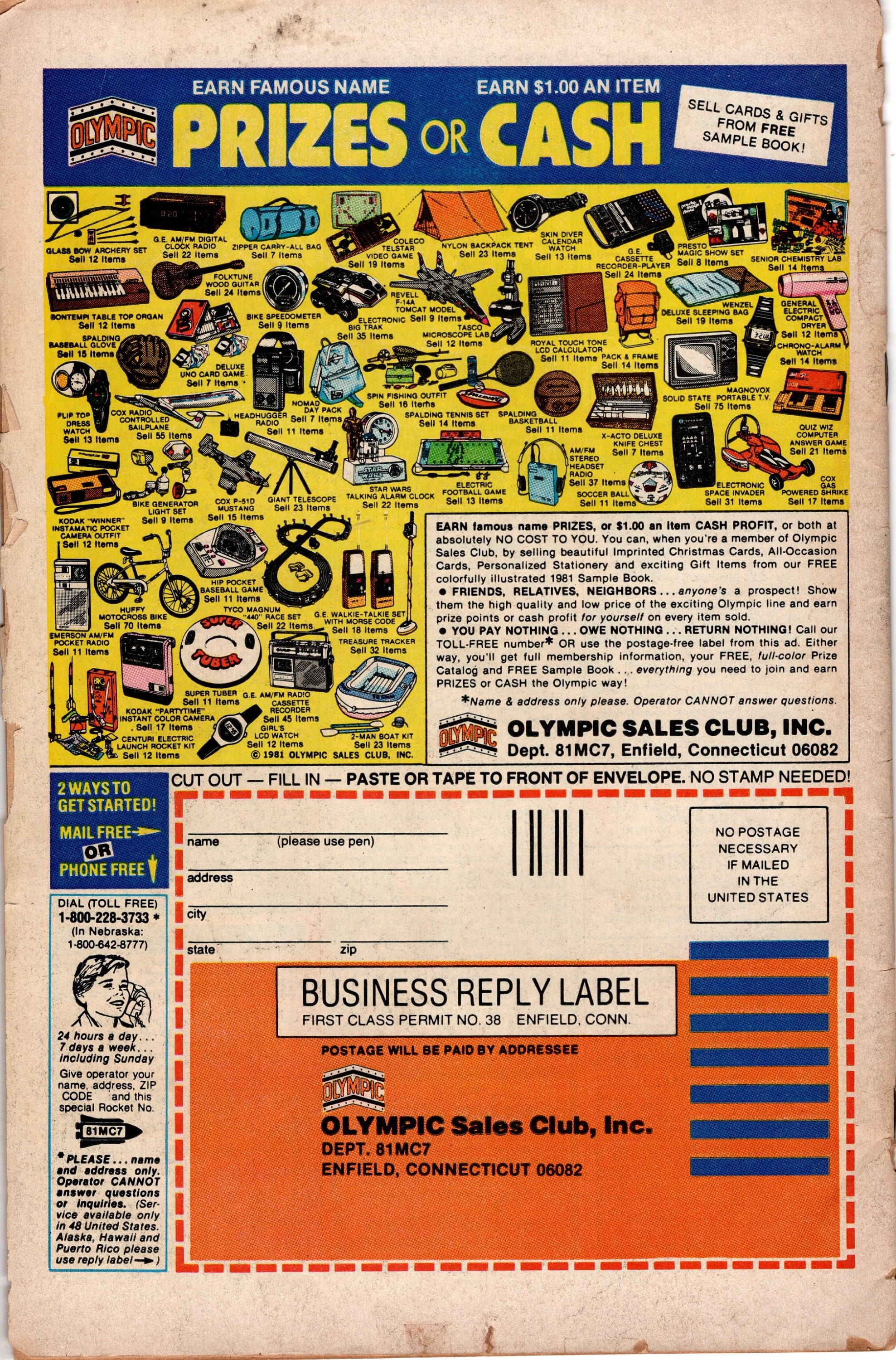 "In The Gathered Gloom!" Part 3 of 3:
Negative Zone dweller Stygorr the Nightlord has become aware of a chunk of New York City that has appeared in the Negative Zone and vows that whoever is responsible for bringing this positive matter into his domain will die by his hands. Meanwhile, on the floating chunk of Manhattan city block, the people who did not evacuate during the Fantastic Four's battle against the Ebon Seeker become aware of the strange energy radiating around them and the buildings, as well as the sudden change in the sky. Throughout the block of Manhattan that has been transported into the Negative Zone, people begin gathering to try and find out what is going on. Among those are a shoe-shine boy, beat cop officer O'Roarke, a jewelry shop owner, a hot dog vendor, and lastly Lew Shiner, the site boss of a building demolition crew. Shiner in particular is upset about the change to their environment as it believes it will affect the demolition job he has set out to do.

With the crowd outside the Baxter Building growing larger, the Fantastic Four activate building security to keep them out while Reed tries to determine a way to free themselves. When Ben and Johnny decide to go down and calm people down, Reed stops them. Reed takes them into his lab where he explains that their only way back home is through the distortion field between the positive and anti-matter universes, but without a specially made portal they will not be able to easily cause the transition between universes without annihilating themselves. Reed assures his team that he has his computers working on a solution to their current crisis.

Meanwhile down below, the New Yorkers trapped in the Negative Zone with the Fantastic Four are getting restless and begin throwing things at the Baxter Building. The Torch flies down to quell the riot with the help of officer O'Roarke. Everyone begins to listen until Shiner begins working people up again, accusing the Fantastic Four of trapping them on purpose for some experiment. Johnny sends the mob fleeing with his flame powers, then he and the Thing reinforce a barrier around the Baxter Building's front entrance, sealing it from outsiders.

1st printing.
This comic book is in used condition. Comic is complete with cover and all pages attached. This comic has some flaws that warrant a G/VG grade.
Comic Book will be shipped bagged and boarded!