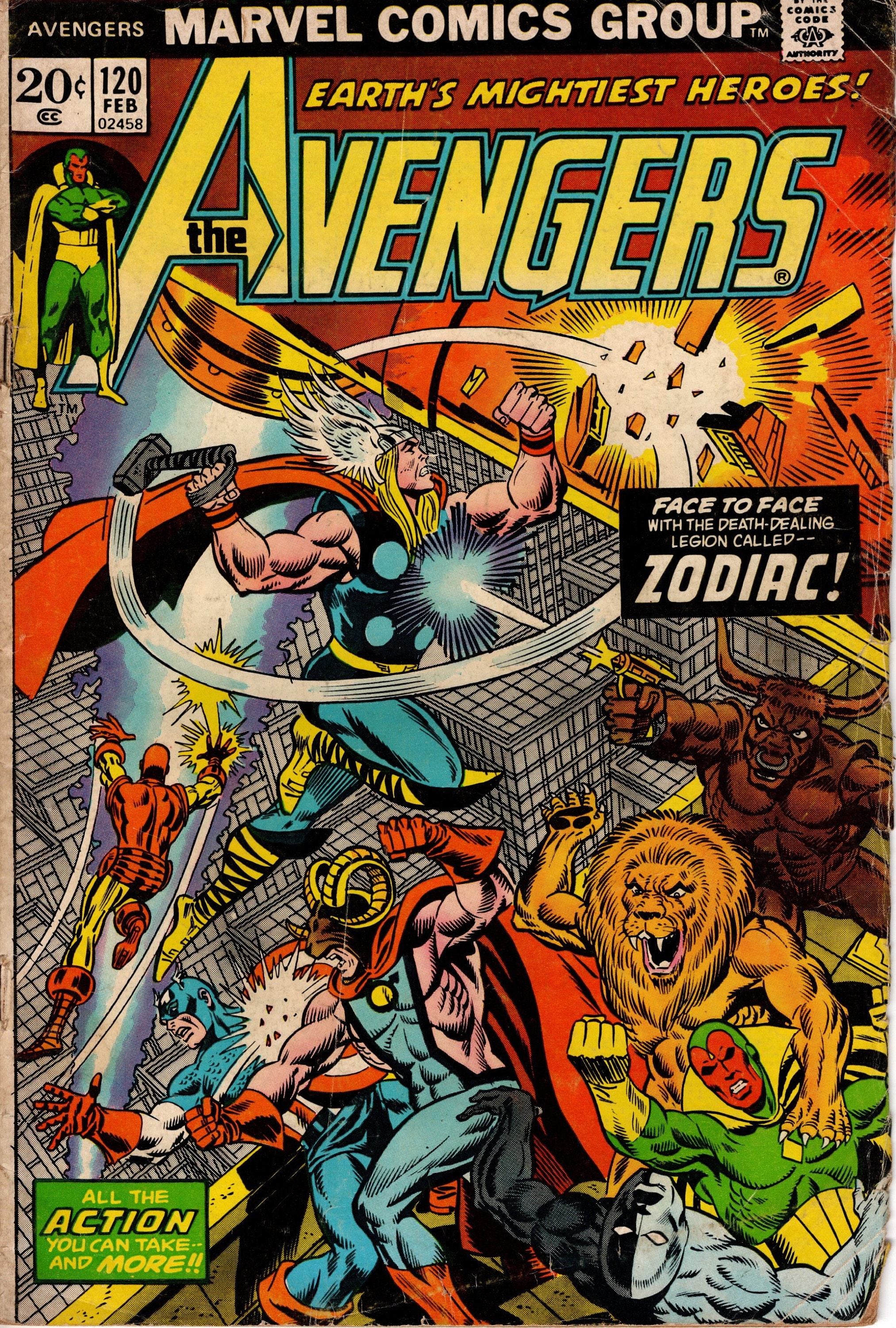 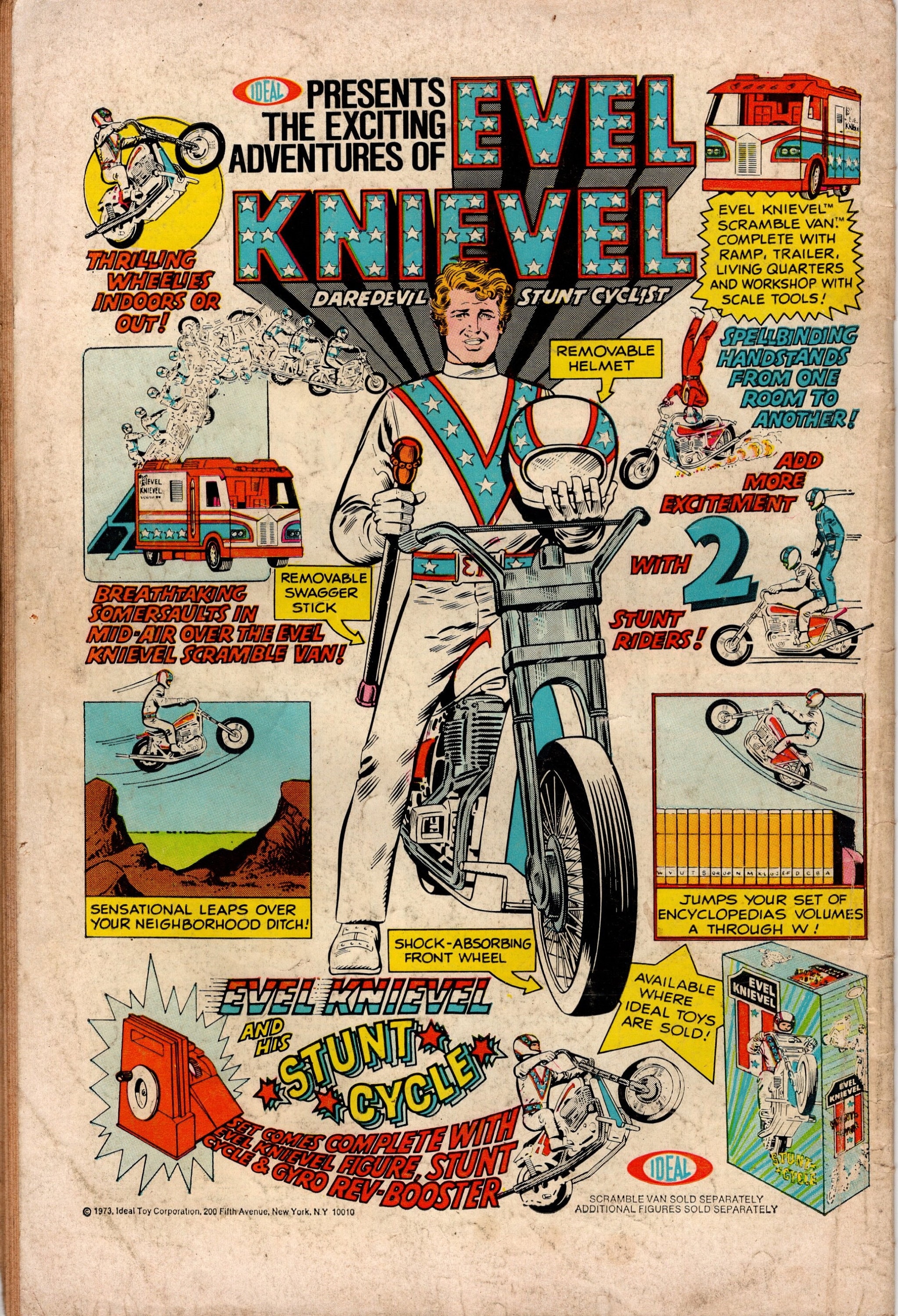 "Death-Stars of the Zodiac!" Part 1 of 3:
As shown on Jim Starlin's spectacular cover, the Zodiac attacks! Taurus (aka Cornelius Van Lunt) has reformed the 12-member cartel for one express purpose! Destroying the Avengers! In brazen fashion, the super-villains from the stars storm into Avengers Mansion and overwhelm the five avengers inside! After licking their wounds, Earth's Mightiest Heroes discover that Taurus has another diabolical objective on his agenda! Kill every person in Manhattan born under the sign of Gemini! Wow, where did the Zodiac get that kind of power? It doesn't matter now as Taurus' giant star-blaster is set to fire its death-ray from atop the World Trade Center! It's a frantic race against time to save thousands of Gemini! Avengers Assemble! Avengers Lineup: Iron Man, Mantis, Scarlet Witch, Swordsman, Thor, and the Vision. (Note: Captain America is depicted on the cover, but does not appear in the story inside.) 32 pages

1st printing.
This comic book is in used condition. Comic is complete with cover and all pages attached. This comic has a few flaws that warrant a G/VG grade.
Comic Book will be shipped bagged and boarded!