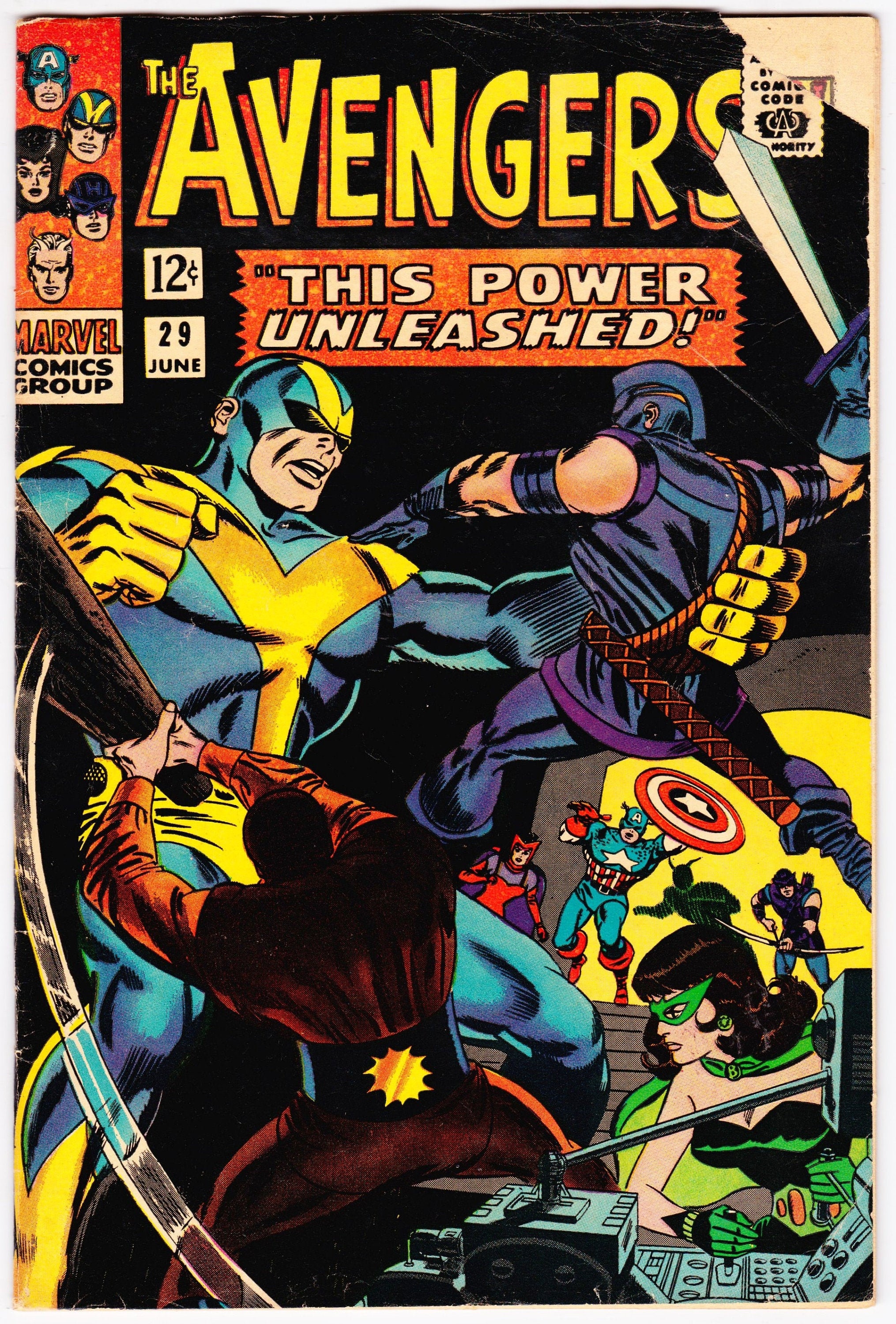 "This Power Unleashed!":
The Avengers find themselves unable to revive the fallen Goliath; A doctor informs them that he will recover but must never attempt to shrink any further than his present 10-foot size; Goliath storms out in anger; Black Widow is captured by Russians, brainwashed and sent to destroy the Avengers; She enlists the help of the Swordsman and Power Man; The Avengers are all captured with the exception of Goliath and the Wasp; They free the captive Avengers, and after a brief battle, the Black Widow, the Swordsman and Power Man all escape. Avengers roll call: Captain America, Hawkeye, Goliath, the Wasp, Quicksilver, and the Scarlet Witch. Letter to the editor from comics writer Mike Friedrich. Reprinted in Marvel Triple Action # 23.

1st printing.
This comic book is in used condition. Comic is complete with cover and all pages attached. This comic has flaws that warrant a VG grade.
Comic Book will be shipped bagged and boarded.