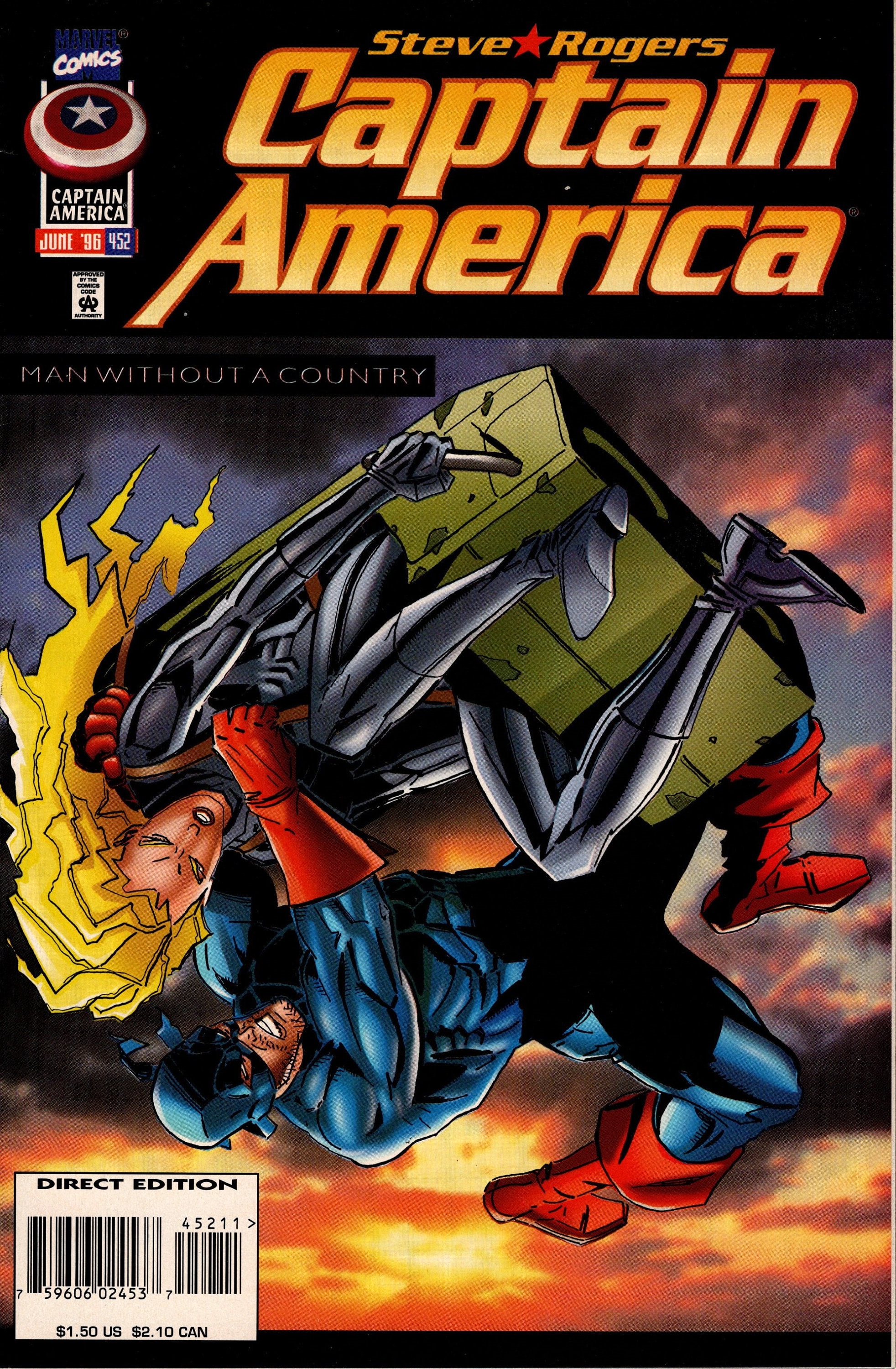 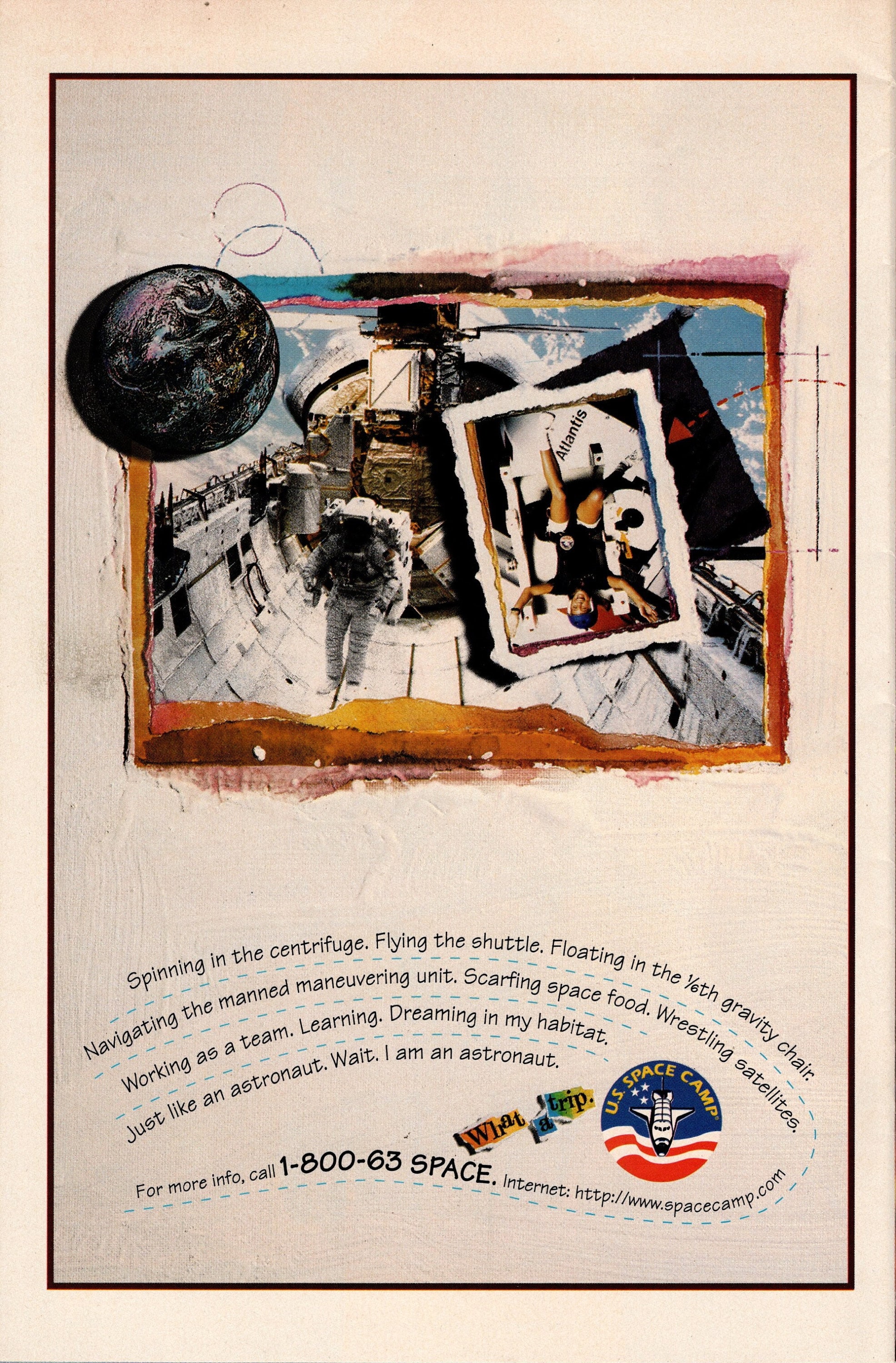 At the end of last issue, the Argus cannon shot down Cap and Sharon's F-15 fighter! And as shown on the harrowing cover, Steve Rogers and Sharon Carter are now freefalling to the ground over Moldavia! Oh boy, was this part of Cap's plan A or plan B or neither? If the Living Legend can pull off a miracle and get Sharon and himself to the ground safely, they will battle the Moldavian army next! And then the diabolical Machinesmith! (Note: This four-part story was reprinted in 1998 in the trade paperback: Captain America Man Without a Country.) 32 pages.

1st printing.
This comic book is in used condition. Comic is complete with cover and all pages attached. This comic has flaws that warrant a grade of VFNM.
Comic Book will be shipped bagged and boarded.