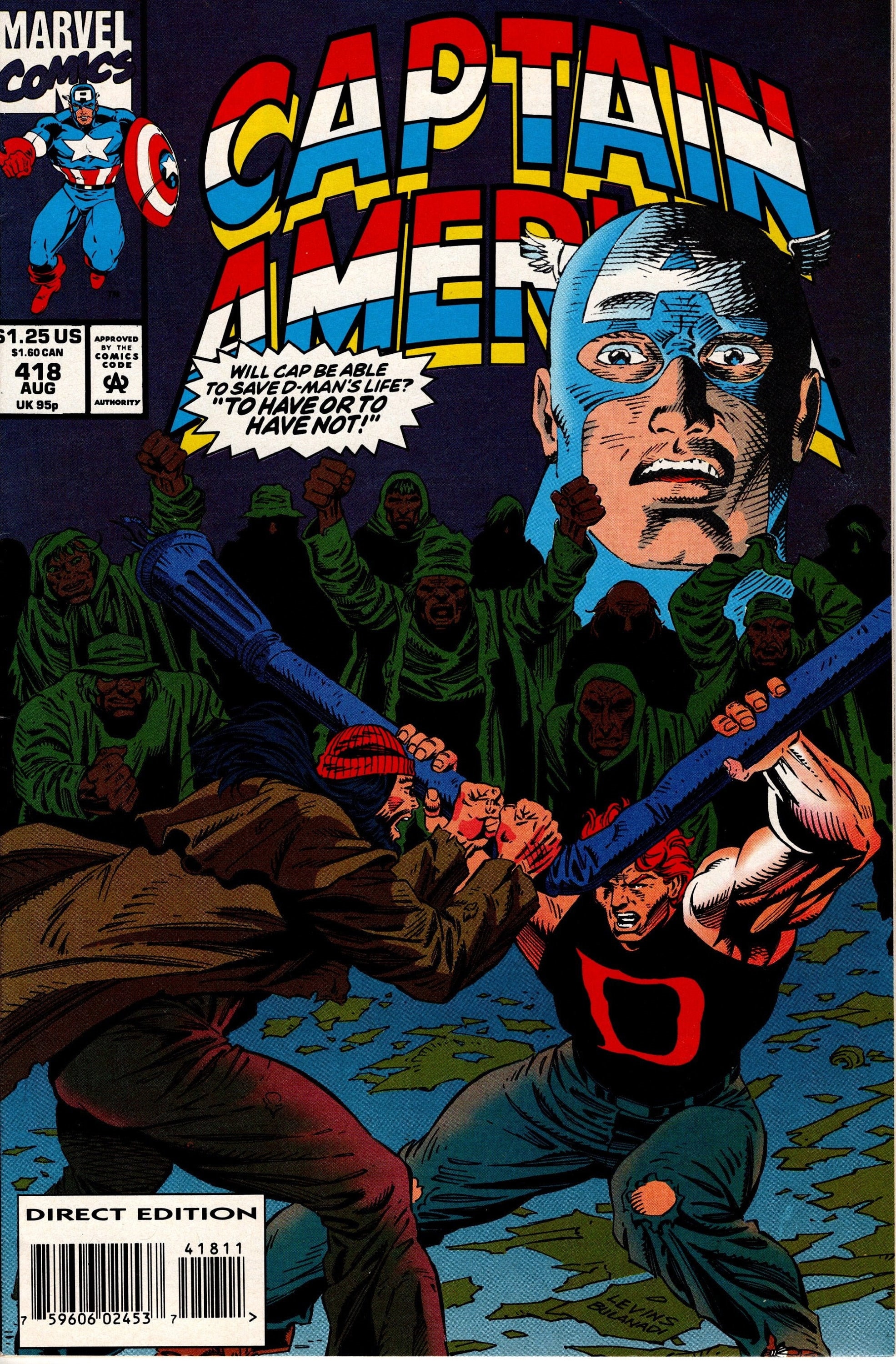 "To Have and To Have Not"

In the caverns below Central Park, D-Man is a prisoner of the bizarre group of misfits known as the Night People. For several weeks Dennis Dunphy has been living in a virtual fog trying to regain all of his faculties (following his Arctic rescue in Captain America 400). But through the help of a young boy residing among the Night People, D-Man begins to recover his strength and sanity! However the cruel leader of the Night People prefers D-Man in a weakened state! When D-Man joins the Night People for an above-ground supply raid in Manhattan, he has an opportunity to break free…with a little help from the star-spangled avenger! Cameo appearances by Diamondback, Moonhunter, and the Falcon. 32 pages.

1st printing.
This comic book is in used condition. Comic is complete with cover and all pages attached. This comic has flaws that warrant a grade of F/VF.
Comic Book will be shipped bagged and boarded.