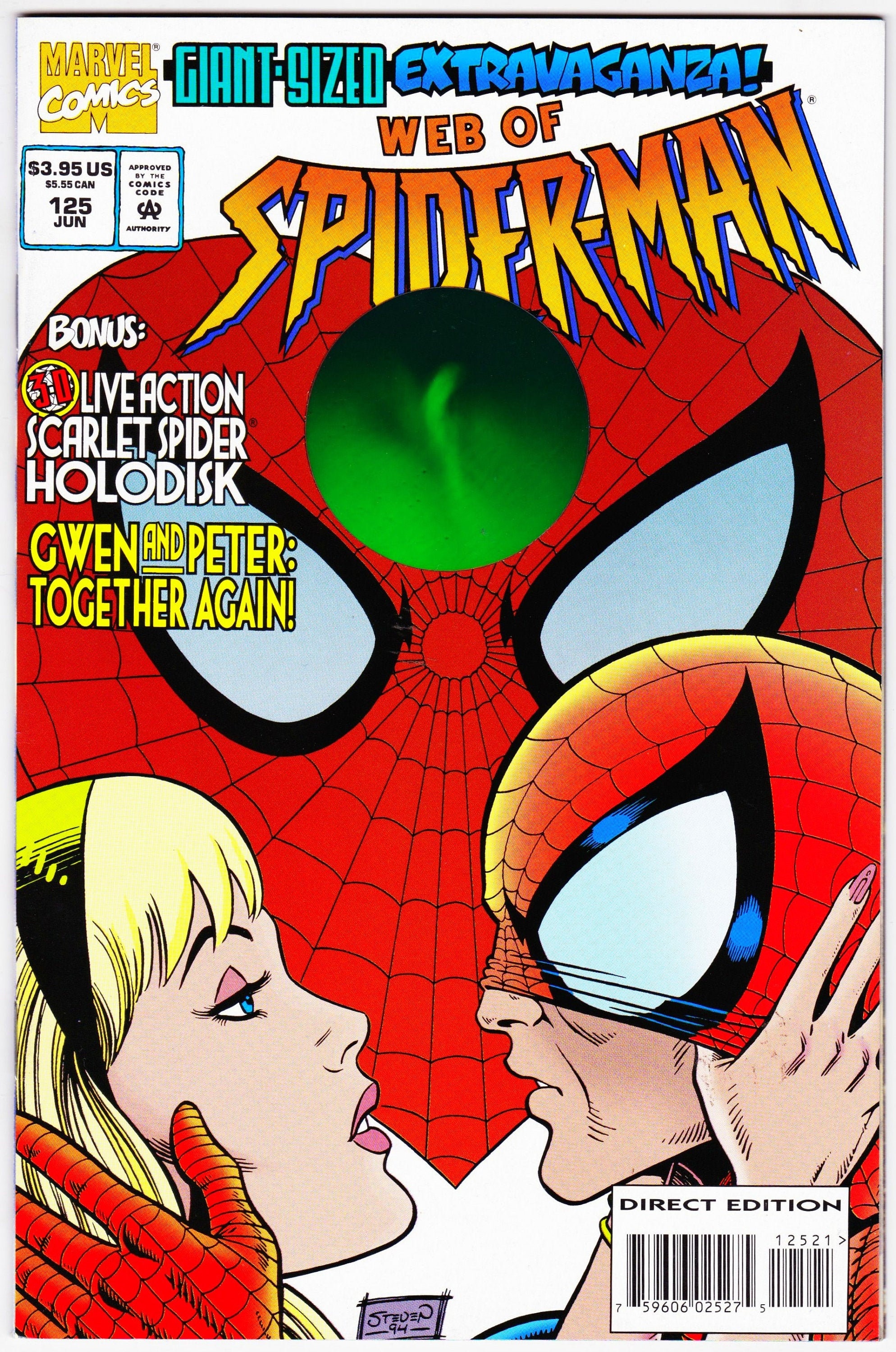 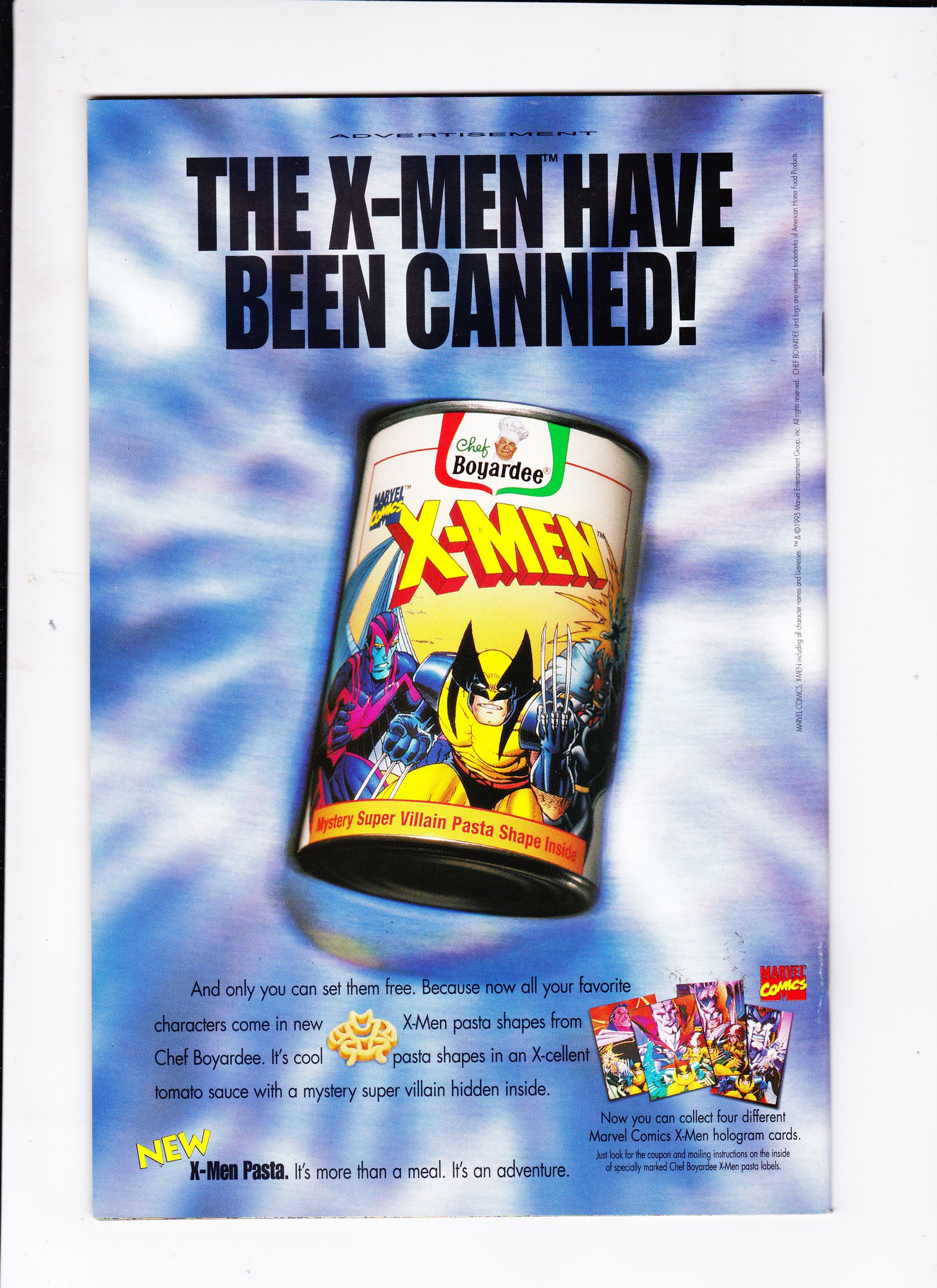 "Lives Unlived":
Dressed as the Scarlet Spider, Peter Parker searches through the Daily Bugle's archives for clues about the Jackal's activities during the past 5 years! And surprisingly he gets a hit! A story about a Professor Miles Warren living in New Jersey! The amazing one makes a beeline to the Garden State and sneaks inside an idyllic suburban home! And then and there he comes face-to-face with a beautiful ghost from the past... Gwen Stacy! For a brief second, time stands still... until a nightmare from the past, Professor Warren, knocks the web-slinger down! After a quick recovery, the spectacular one pursues the two clones to the George Washington bridge! Where out of the blue the Green Goblin appears! Oh no, everyone is in place for a repeat of the tragic events of Amazing Spider-Man 121! Can the wondrous wall-crawler save Gwen this time? Or will she meet the same terrible fate as her predecessor? Cameo appearances by Ben Reilly, Mary Jane Watson, and the Black Cat. Flashback cameos by Spider-Man, George Stacy, the original Gwen Stacy, and the original Professor Miles Warren. Second story: "Shining Armor." Plot by Terry Kavanagh. Script by Mike Lackey. Art by Tod Smith (breakdowns) and Jimmy Palmiotti (finishes). In a story set two or three years in the past, the Professor Warren clone marries the Gwen Stacy clone. (Notes: The Gwen Stacy clone previously appeared in Spectacular Spider-Man Annual 8 as Joyce Delaney. This issue is printed on glossy paper.)

1st printing.
Comic Book will be shipped bagged and boarded.
This comic book is in used condition and is complete with cover and all pages attached it has flaws that warrant a NM grade.