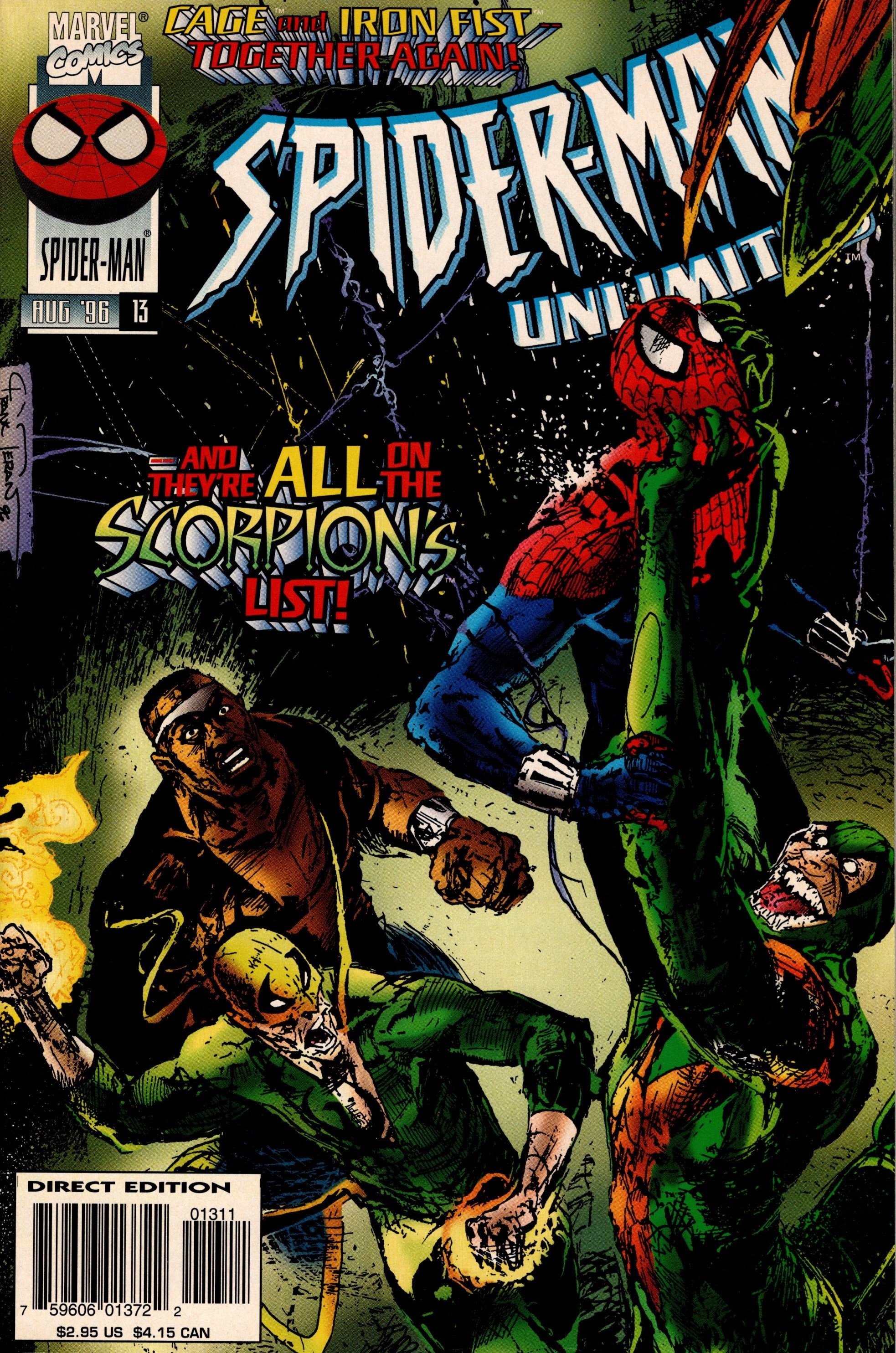 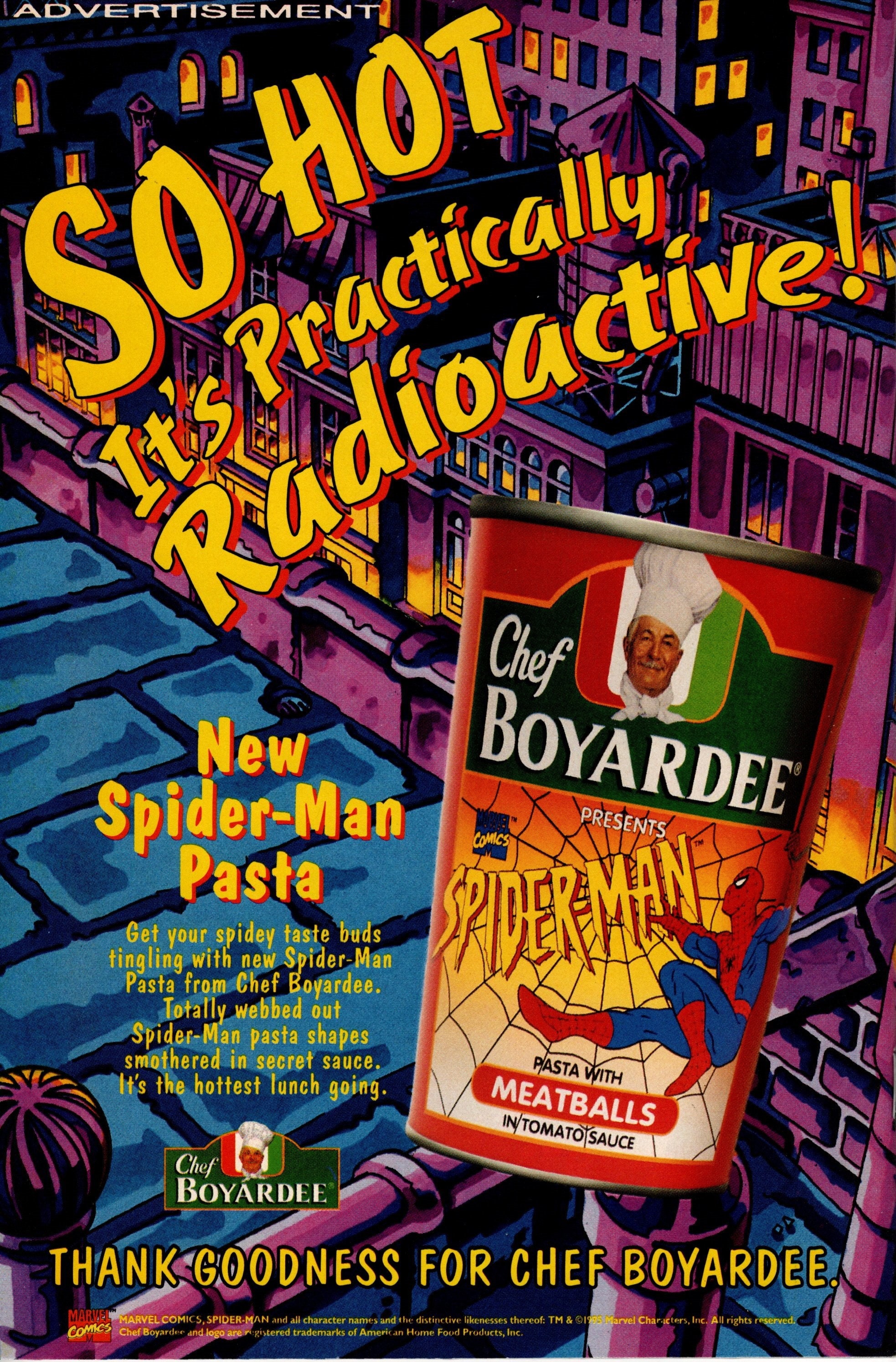 "The Sting of Conscience!" Guest-starring Luke Cage and Iron Fist

J. Jonah Jameson is missing! And no one knows where he is! The publisher of the Daily Bugle has made many, many enemies through the years! And the sinister Scorpion is usually at the top of the list! While the web-slinger (aka Ben Reilly) combs the city looking for Jonah, Joe Robertson makes a phone call to the Hero for Hire...Luke Cage! Both Spider-Man and Luke bravely battle the new and improved Scorpion, but neither man can beat him! They need more help! How about the Living Weapon? On Roosevelt Island the heroes finally locate JJJ and the super-villain with the sting! Will the combined might of Iron Fist, Luke Cage, Misty Knight, and the Amazing Spider-Man be enough to overcome the savagery of the Scorpion? Cameo appearances by Colleen Wing, Ben Urich, Ken Ellis, Marla Madison Jameson, Foggy Nelson, and Matt Murdock (aka Daredevil). Backup story: "The Descent" Script by James Felder. Pencils by Robert Brown. Inks by Rey Garcia. This 5-page story previews and leads into the Iron Fist (2nd series 1996) Limited Series. (Note: The first story was reprinted in 2012 in the trade paperback: Amazing Spider-Man The Complete Ben Reilly Epic #5.) 64 pages.