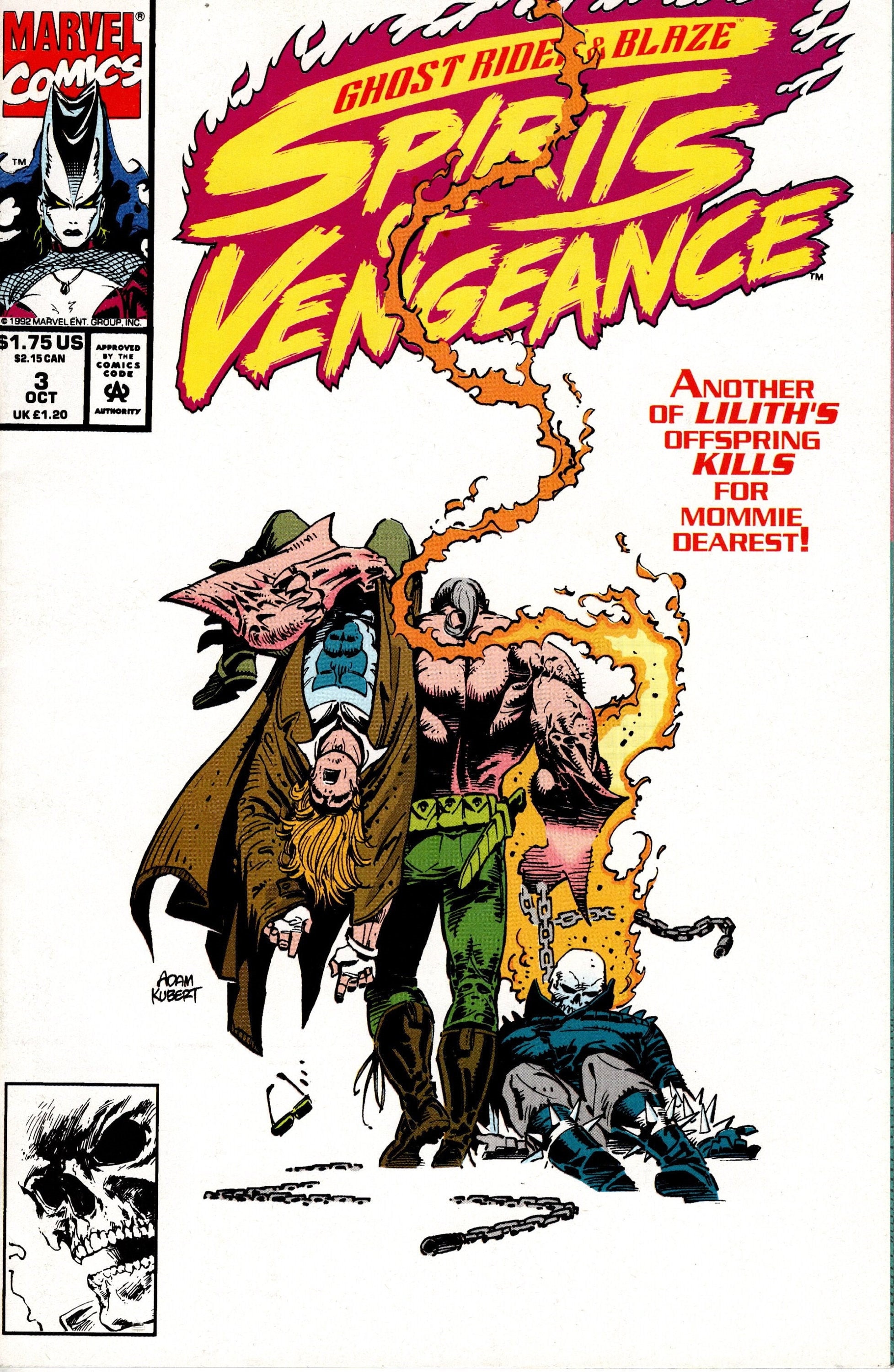 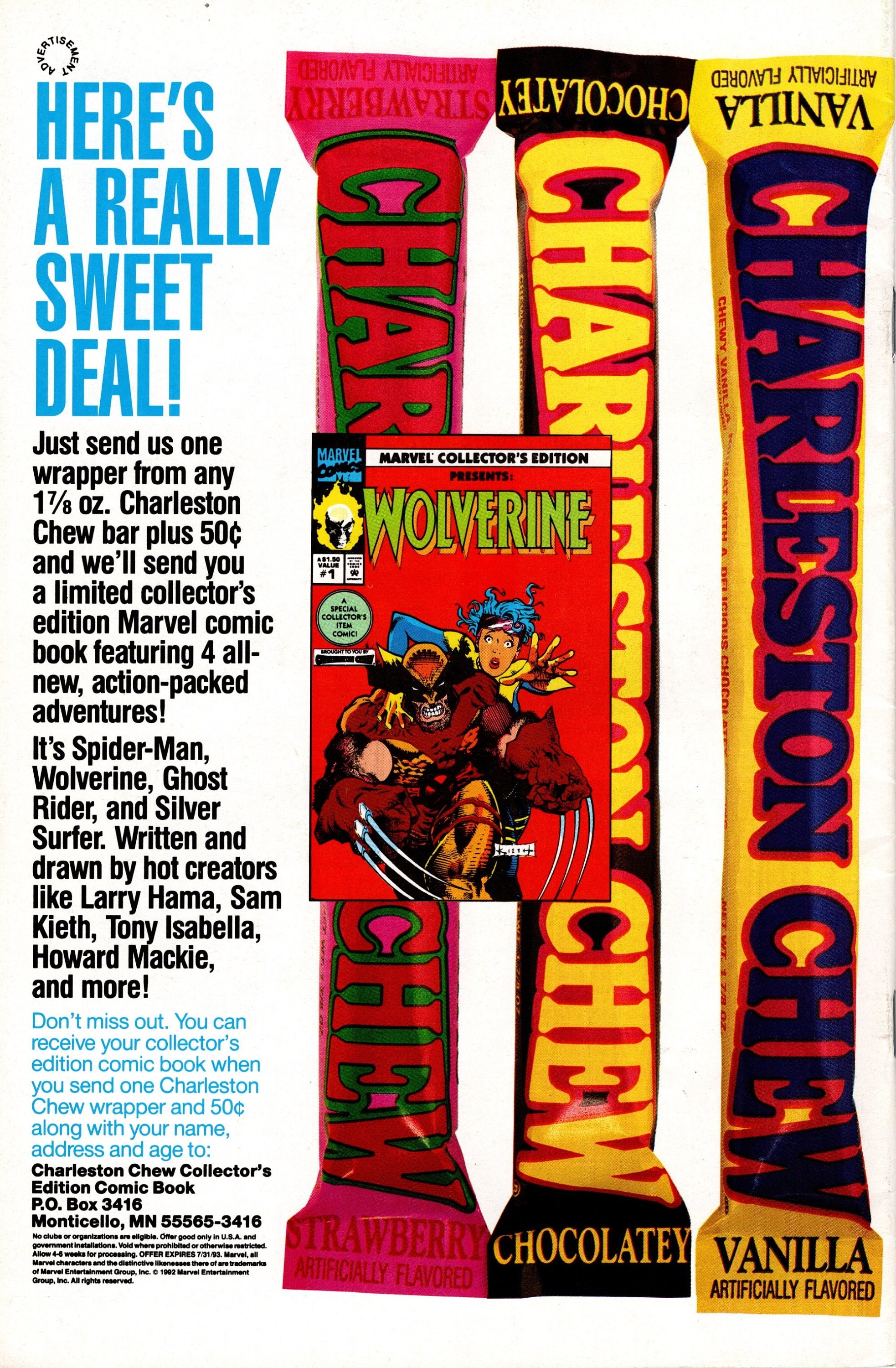 Lilith finds one of her children, Skinner, who has given up his earlier savage ways and is living as a human; Lilith commands him to return to her and use his powers to kill John Blaze; While Ghost Rider is searching for Nakota Skinner attacks John; John holds his own until the Ghost Rider can return to help him; They think they have destroyed him and they leave to follow Nakota's trail, but Skinner is still alive and promising revenge on them. 36 pages, full color. $1.75.

1st printing.
This comic book is in used condition and is complete with cover and all pages attached and has flaws that warrant a grade of NM.
Comic Book will be shipped bagged and boarded.