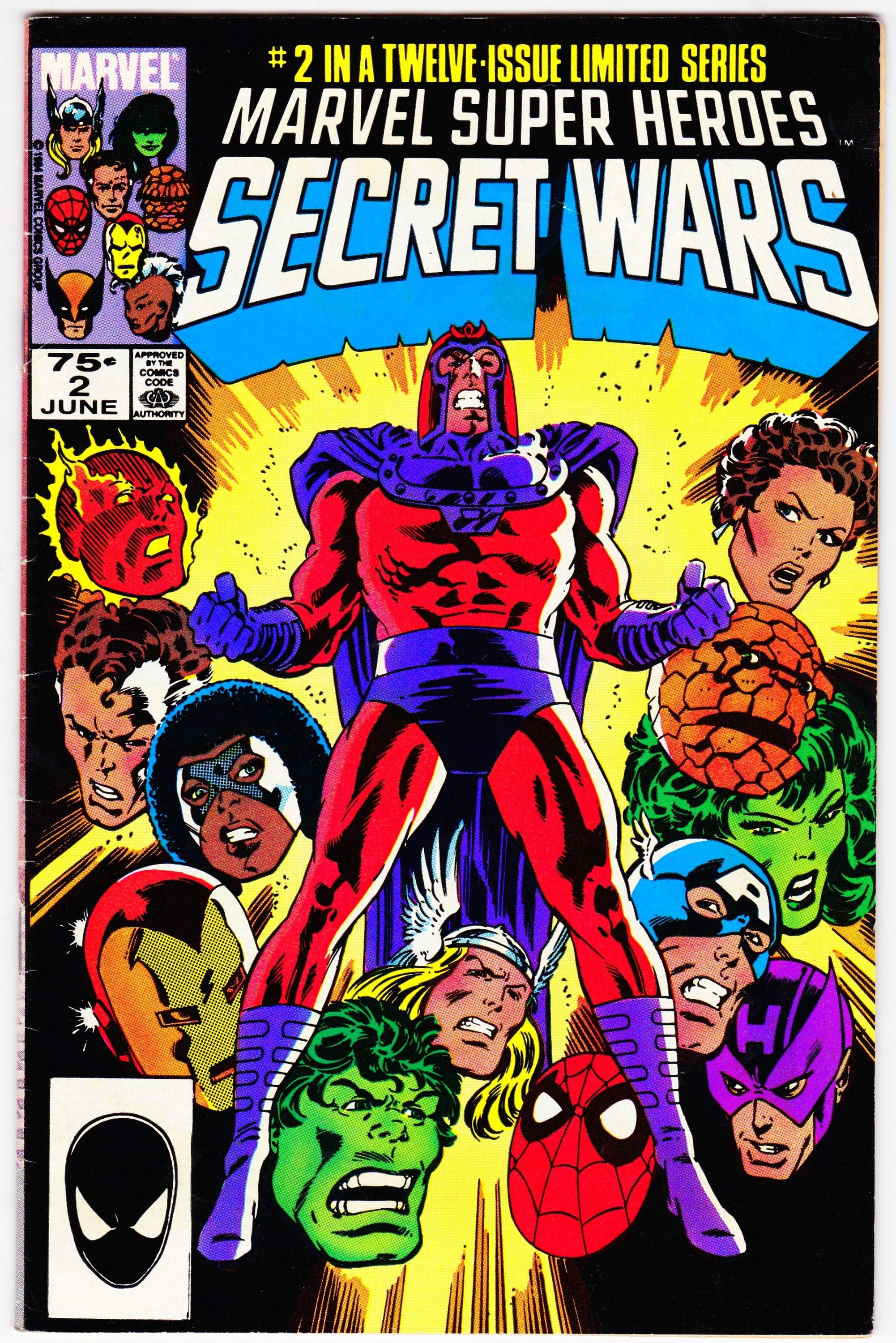 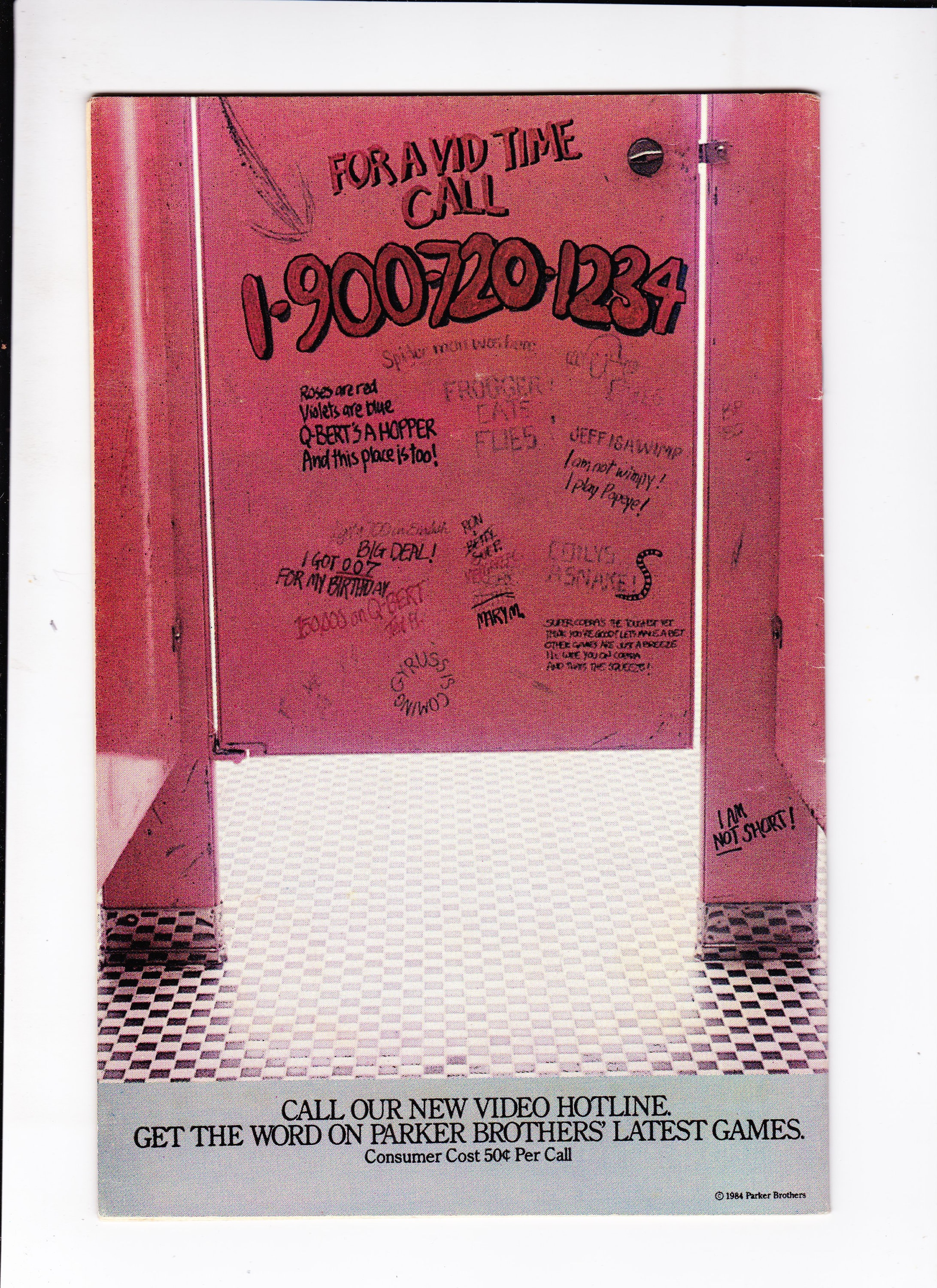 "Prisoners of War!" Part 2 of 12:
On the far side of the universe on a planet simply known as Battleworld, the Avengers (Captain America, Thor, Wasp, Iron Man (James Rhodes), She Hulk, and Captain Marvel), the Fantastic Four (minus the Invisible Woman), X-Men (Professor X, Wolverine, Cyclops, Storm, Nightcrawler, Rogue, and Colossus), Magneto, Spider-Man, and the Incredible Hulk are locked in mortal combat with Doctor Doom, Ultron, Absorbing Man, the Lizard, Molecule Man, Doctor Octopus, Kang the Conqueror, the Wrecking Crew, and the Enchantress. The villains strike first in an unrelenting blitzkrieg. Will the heroes even survive the first titanic battle of this epic struggle? Plus, how do wildcards Magneto and the space god Galactus fit into this game?

1st printing.
Comic Book will be shipped bagged and boarded.
This comic book is in used condition complete with cover and all pages attached it has flaws that warrant a F/VF grade.