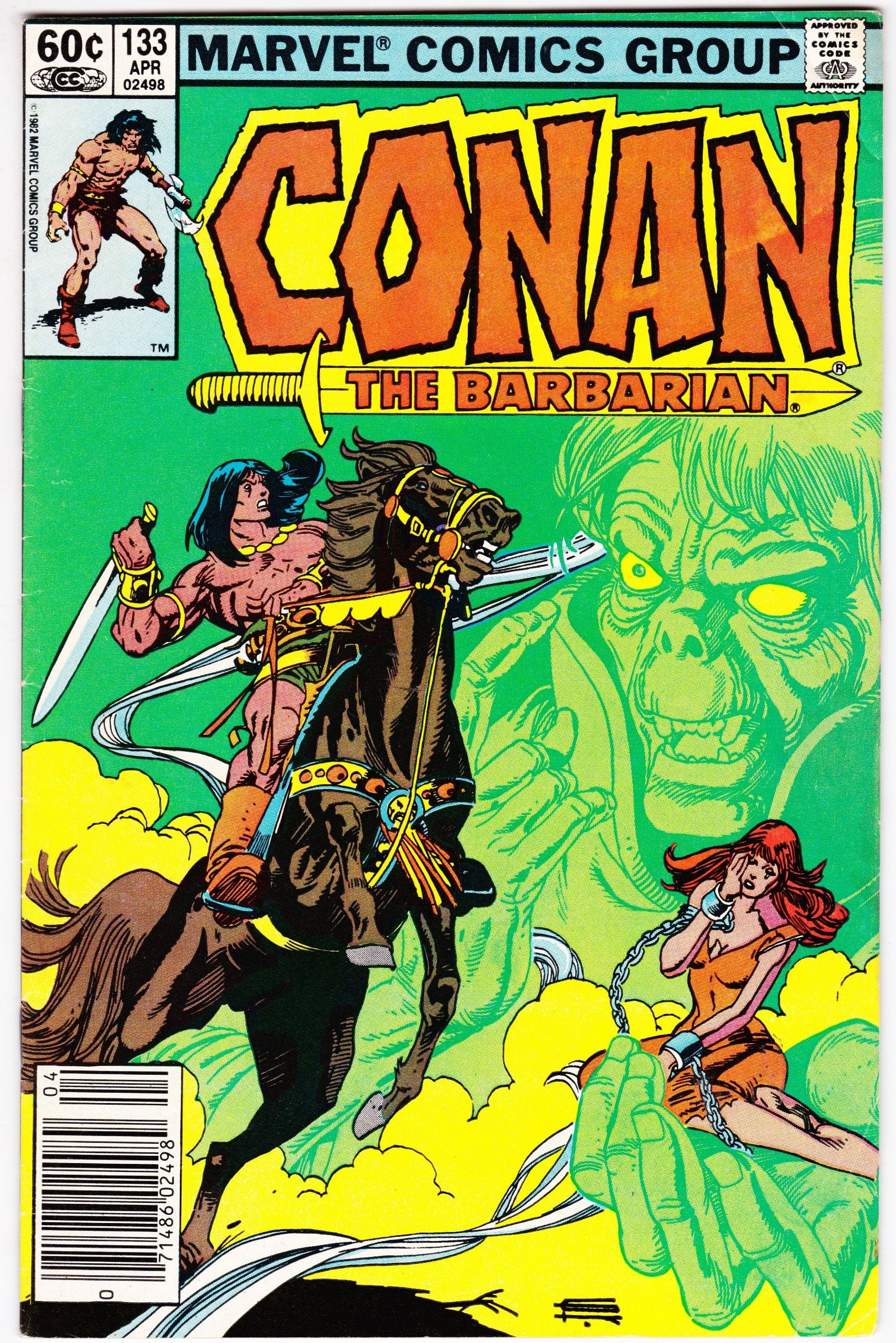 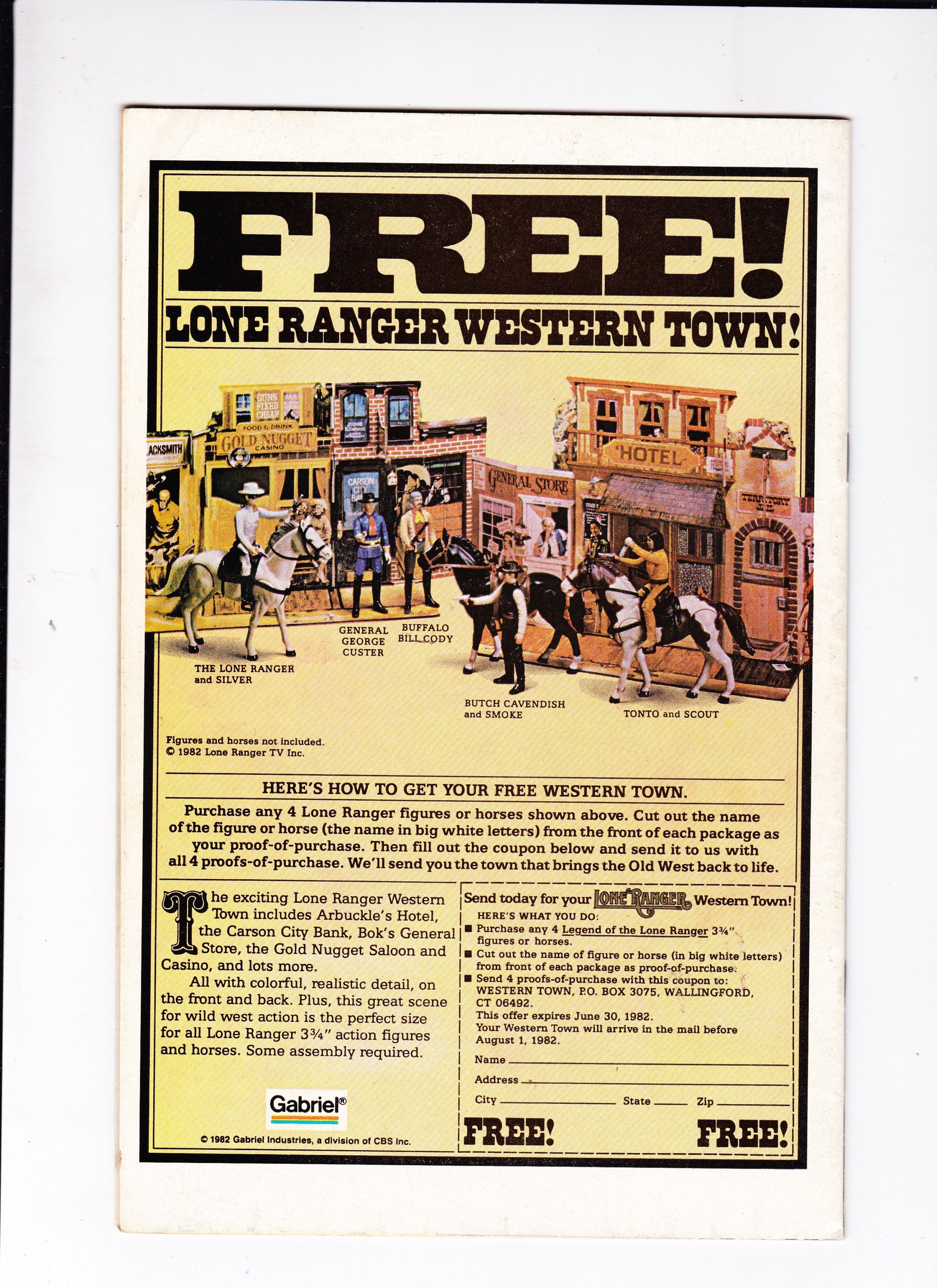 "The Witch of Widnsor":
Conan comes upon a princess held captive atop an insurmountable mountain and then listens to King Wolden explain that a gypsy witch was behind it; Later, a meeting with the gypsy leads him to discover the fate of the princess. Captain America stars in a one-page Hostess ad, Fury Unleashed! Comic strip ad for the Cracker Jack snack from Borden.

1st printing.
Comic is complete with cover and all pages attached. Used and read comic with flaws that warrant a VG/F grade.
Comic Book will be shipped bagged and boarded!