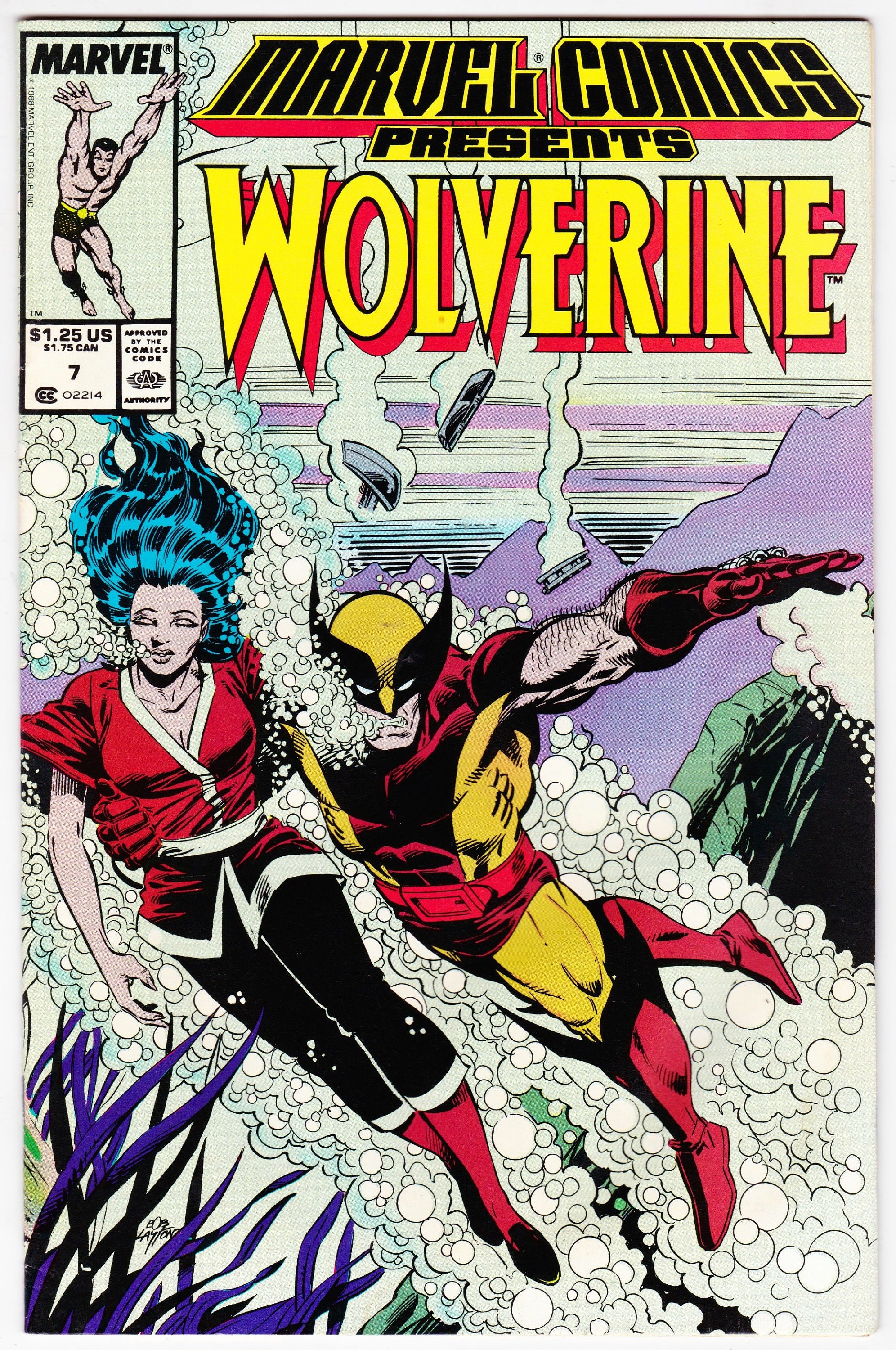 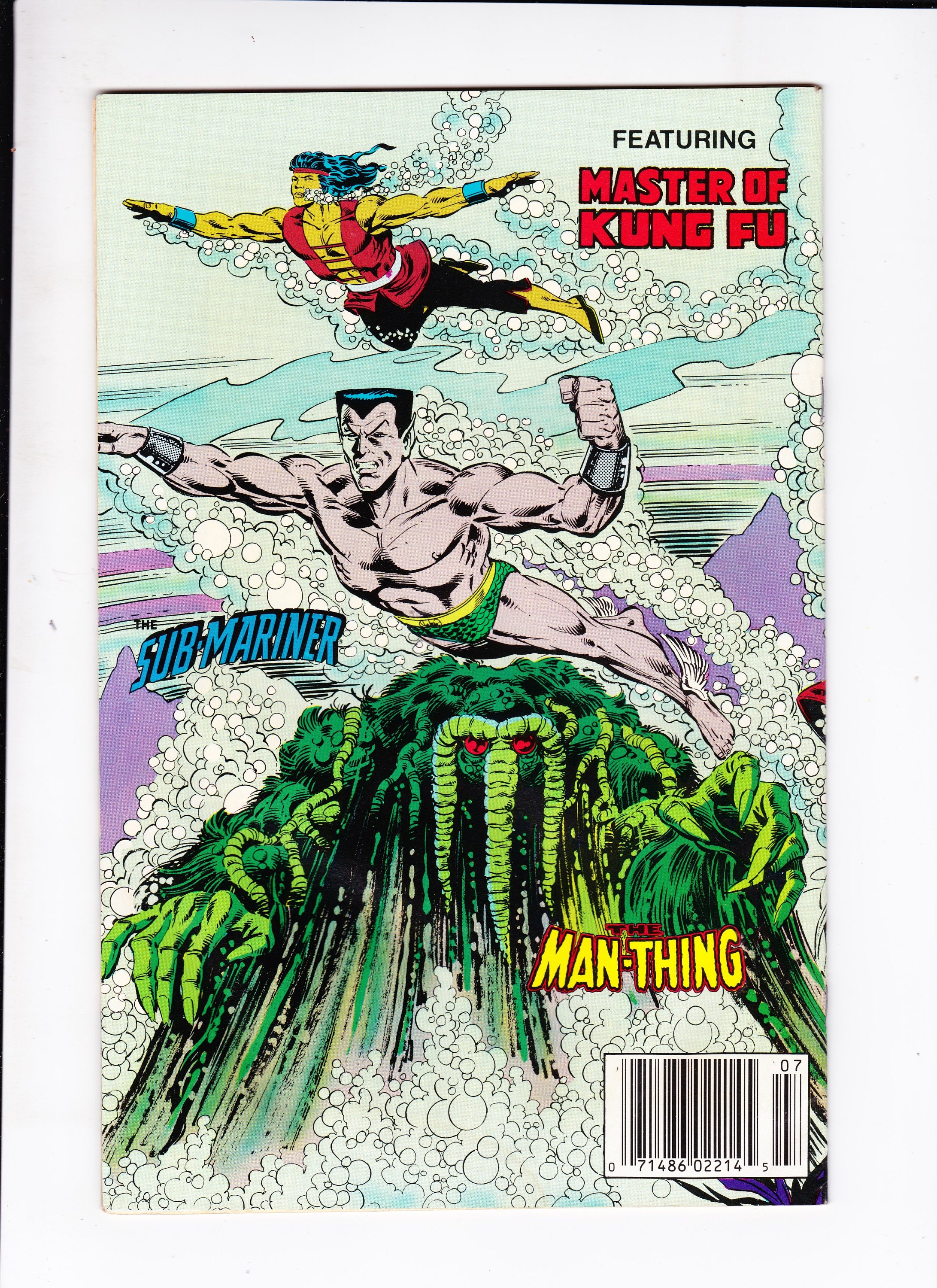 "Save the Tiger" (Part VII of X) - Things Get Worse":
starring Wolverine
Wolverine rescues Hoan from the trapped boat and gets them both to shore. Hoan acknowledges that in doing so, Wolverine has paid his debt to her, but he decides to stick with her to take down Roche, but warns her that if she really tries to take his place, she'll end the same way. They find and defeat more of Roche's thugs as they're going around punishing businesses allied with the Tiger. It's from one of the captured thugs that they find out that Roche has taken Hoan's friend O'Donnel under suspicion of being the Tiger.
Elements of Terror Part 7: Boxes starring Man-Thing, script by Steve Gerber, art by Tom Sutton. Crossing Lines Part 7: Hooks starring Master of Kung Fu, script by Doug Moench, pencils by Tom Grindberg, inks by Dave Cockrum. From Sea to Deadly Sea starring Sub-Mariner, script by Steve Ditko and Hollis Bright, pencils by Steve Ditko, inks by Dan Adkins.

1st Printing.
This comic book is in used condition and is complete with cover and all pages attached it has flaws that warrant a grade of VF.
Comic will come bagged and boarded.