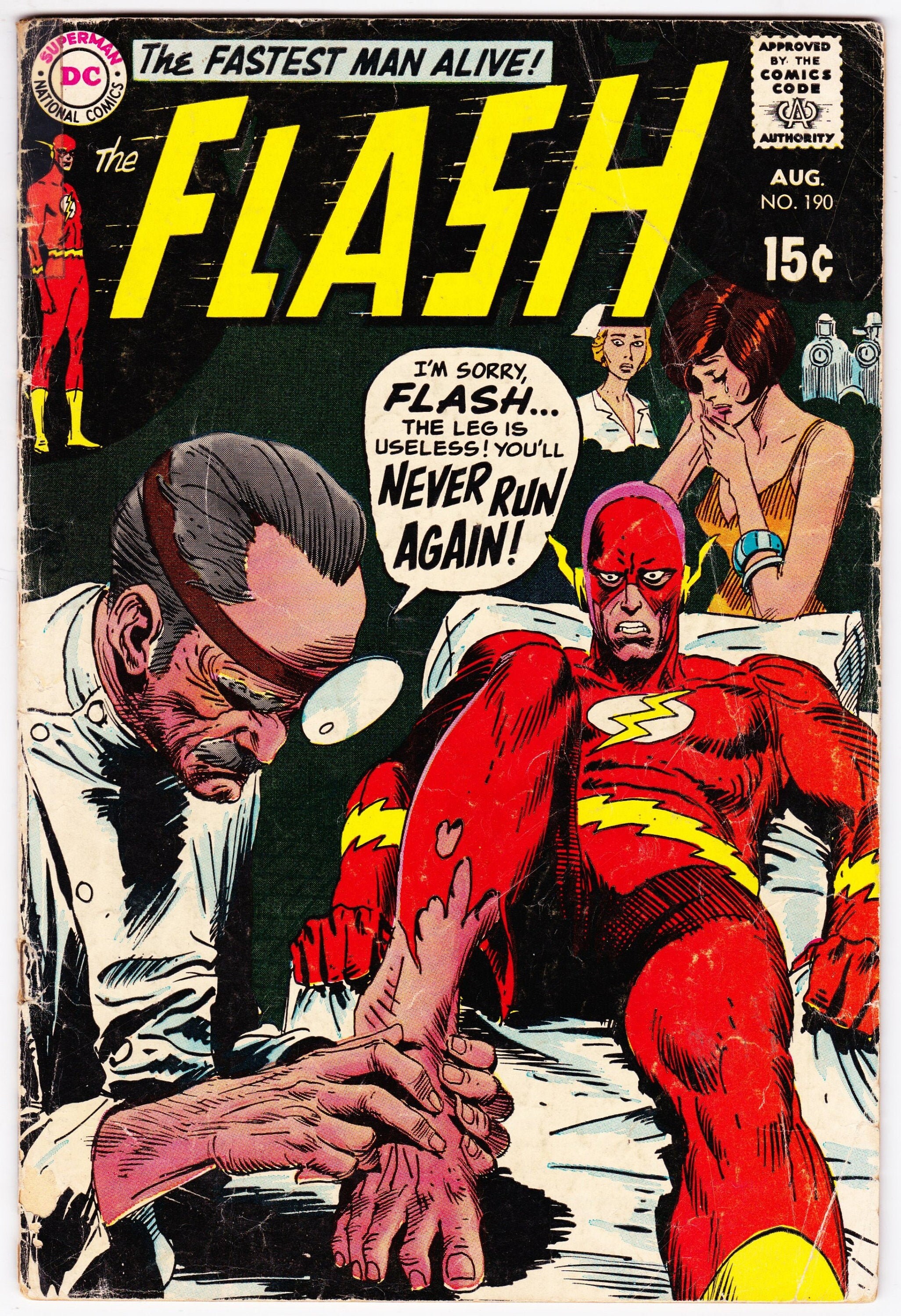 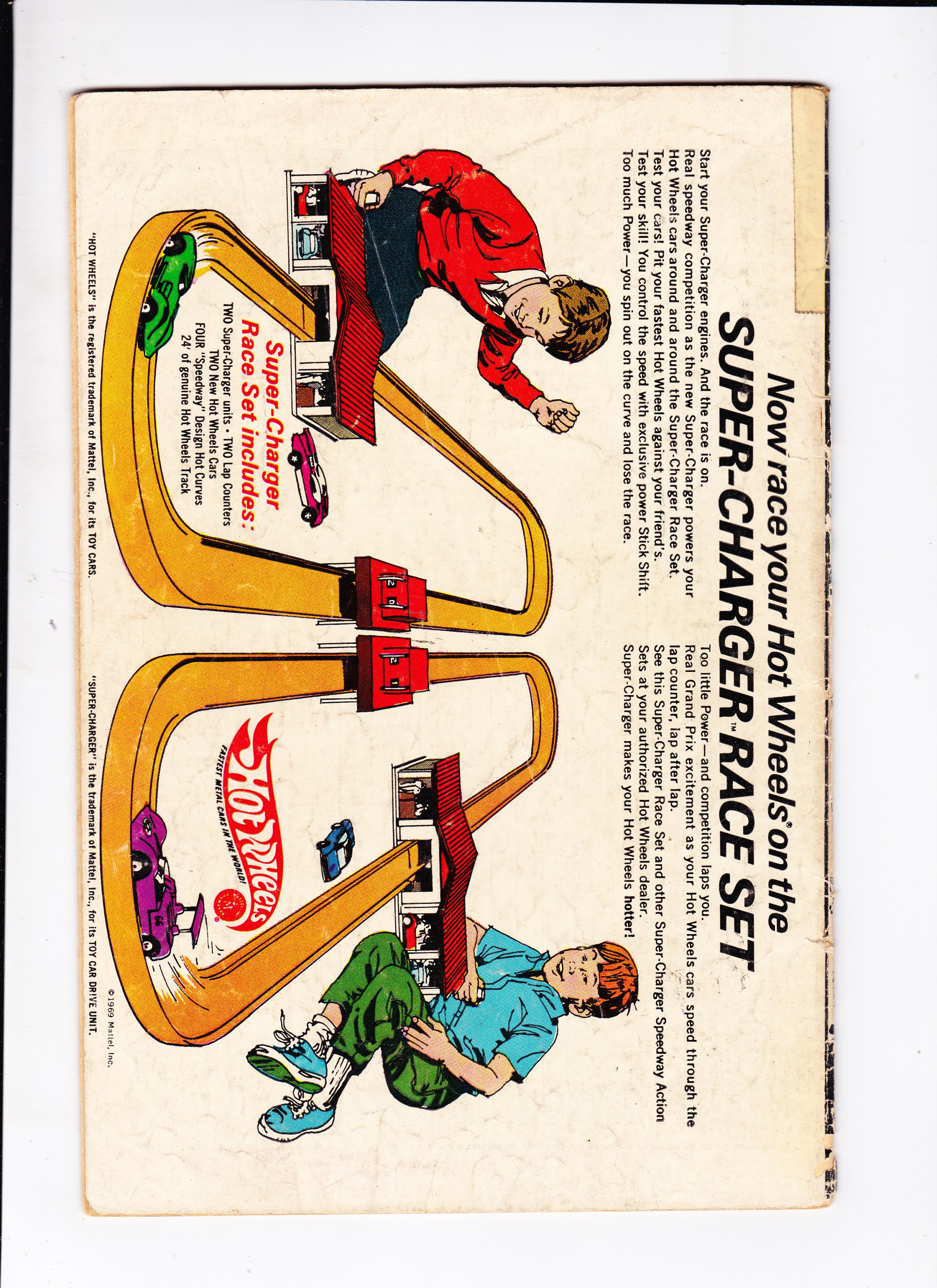 "Super-Speed Agent of the Flash":
Flash saves a trailer park from being wiped out by a tornado, but breaks his leg in the process. Ten Years to Live--One Second to Die!, script by John Broome, pencils by Ross Andru, inks by Mike Esposito; Flash, recovered from his leg injury visits Dexter Miles at the Flash Museum; he learns that Dexters assistant Joel has been impersonating Flash. Movie monsters Aurora model kit ad. Palisades Amusement Park ad with Batman, Superman, and Wonder Woman. Letter from the editors explaining the reason for the 3-cent cover price hike.

1st Printing.
This comic book is in used condition and is complete with cover and all pages attached it has flaws that warrant a grade of G/VG.
Comic will come bagged and boarded.