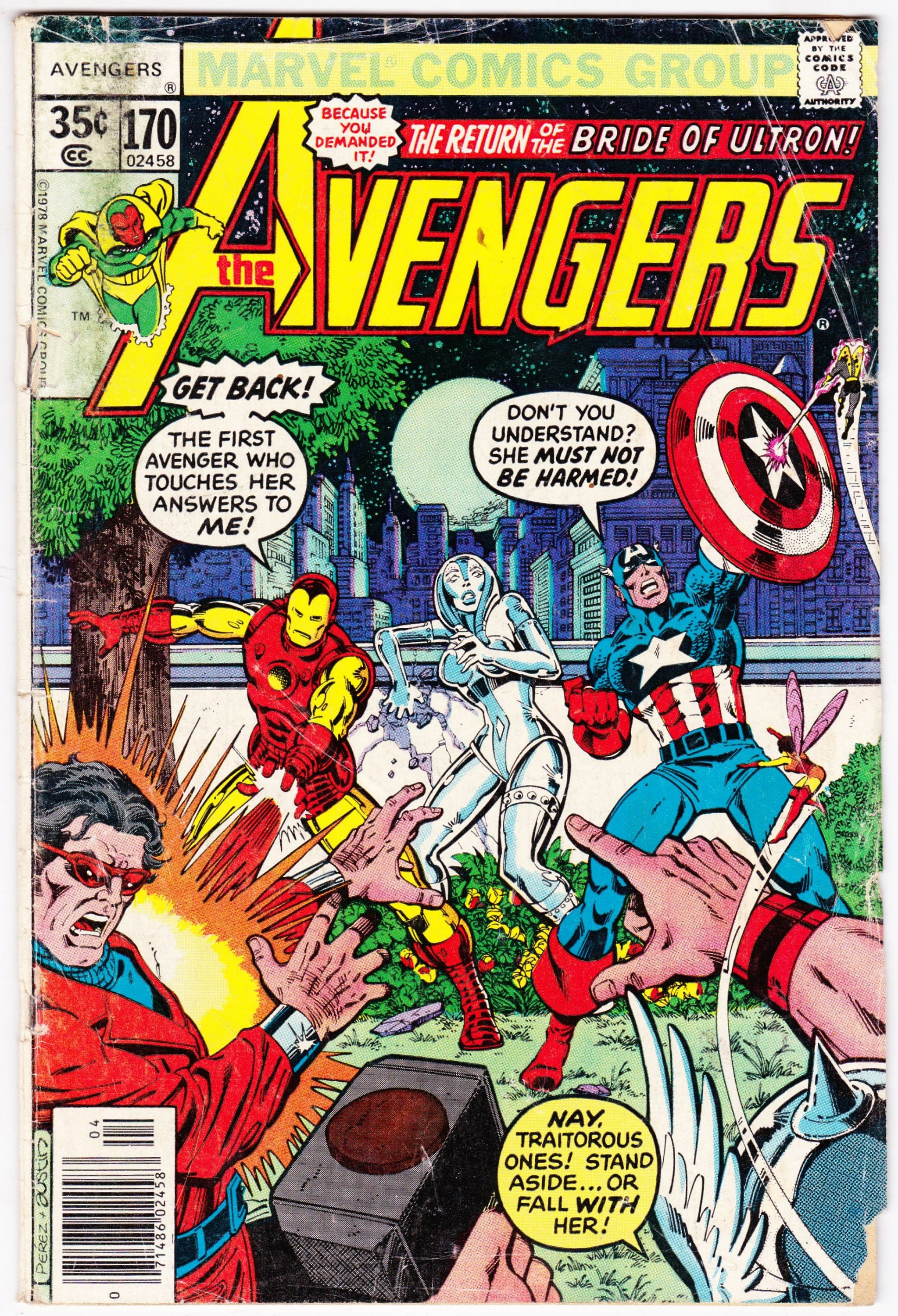 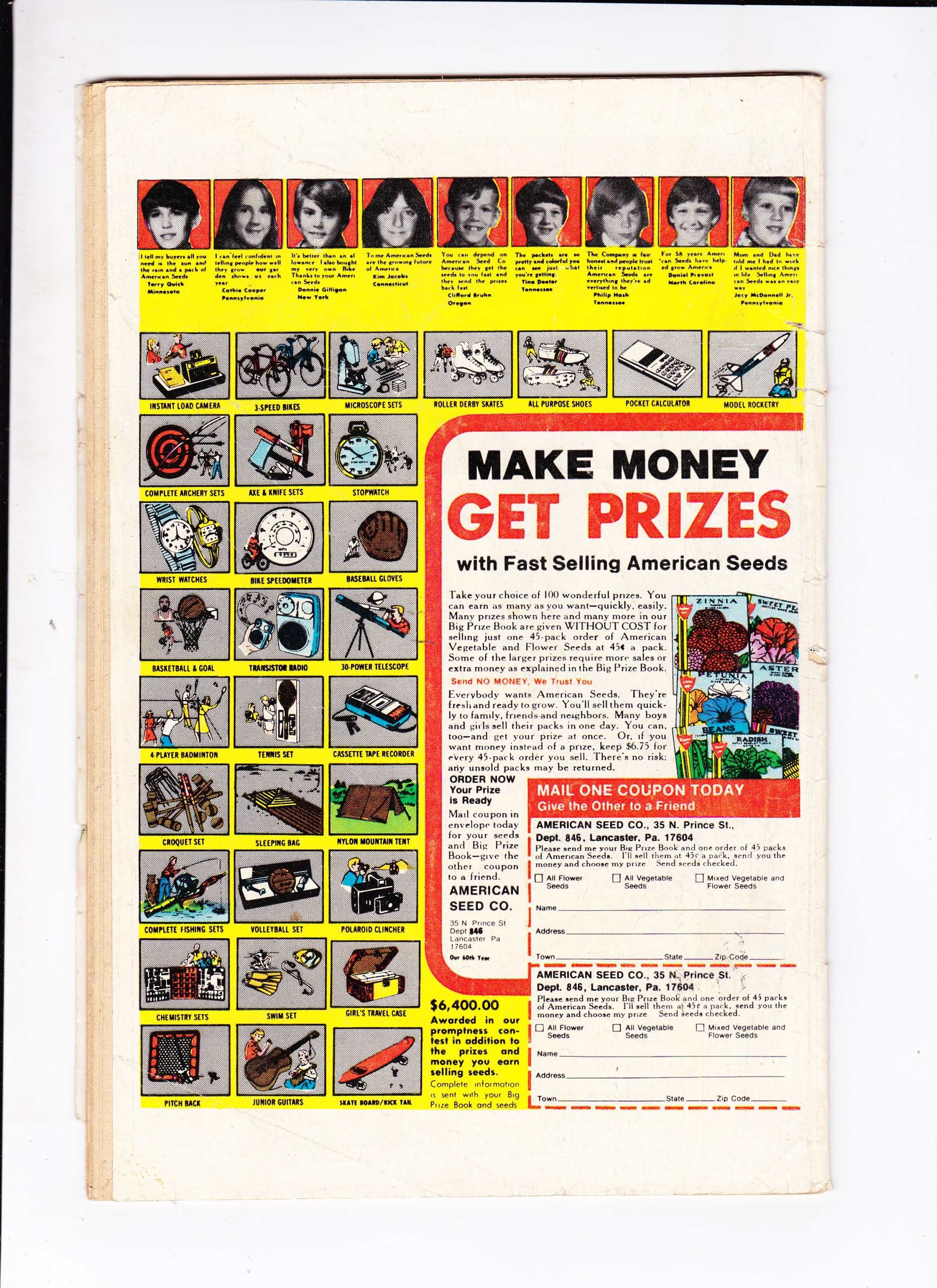 The Korvac Saga: Part 3 of 10 - "Though Hell Should Bar the Way!":"
Janet Pym is tired of having the deactivated Jocasta at her home, so she convinces her husband, Hank Pym, to bring the one-time bride of Ultron to Avengers Mansion. That seems like a good idea, until Jocasta comes to life! Luckily, the Beast, Scarlet Witch, Vision, and Wonder Man are present to help the Wasp and Yellowjacket corral the runaway bride! But the golden avenger and the star-spangled avenger stop their teammates in mid-attack! Why does Iron Man want Jocasta to go free? Could it have something to do with a certain adamantium groom? Meanwhile, another avenger mysteriously disappears...this time it's Quicksilver! Cameo appearances by Crystal, Hawkeye, and the Guardians of the Galaxy. Avengers Lineup: Beast, Captain America, Iron Man, Scarlet Witch, Thor, Vision, Wasp, Wonder Man, and Yellowjacket.
Notes: This issue was reprinted in 1999 in Ultron Unleashed 1. The letters page includes a letter from comics historian Peter Sanderson.

1st Printing.
This comic book is in used condition and is complete with cover and all pages attached it has flaws that warrant a grade of G.
Comic will come bagged and boarded.