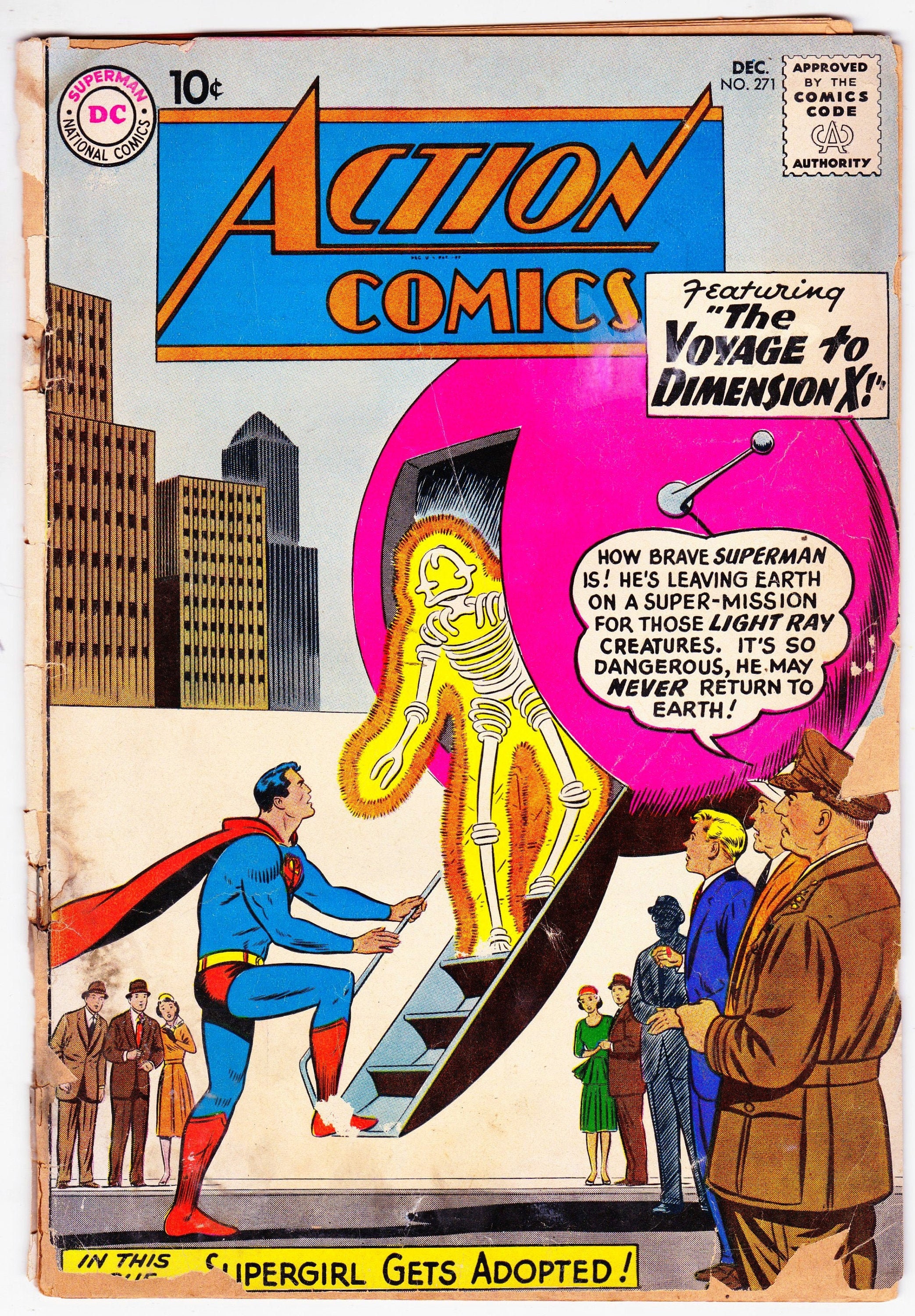 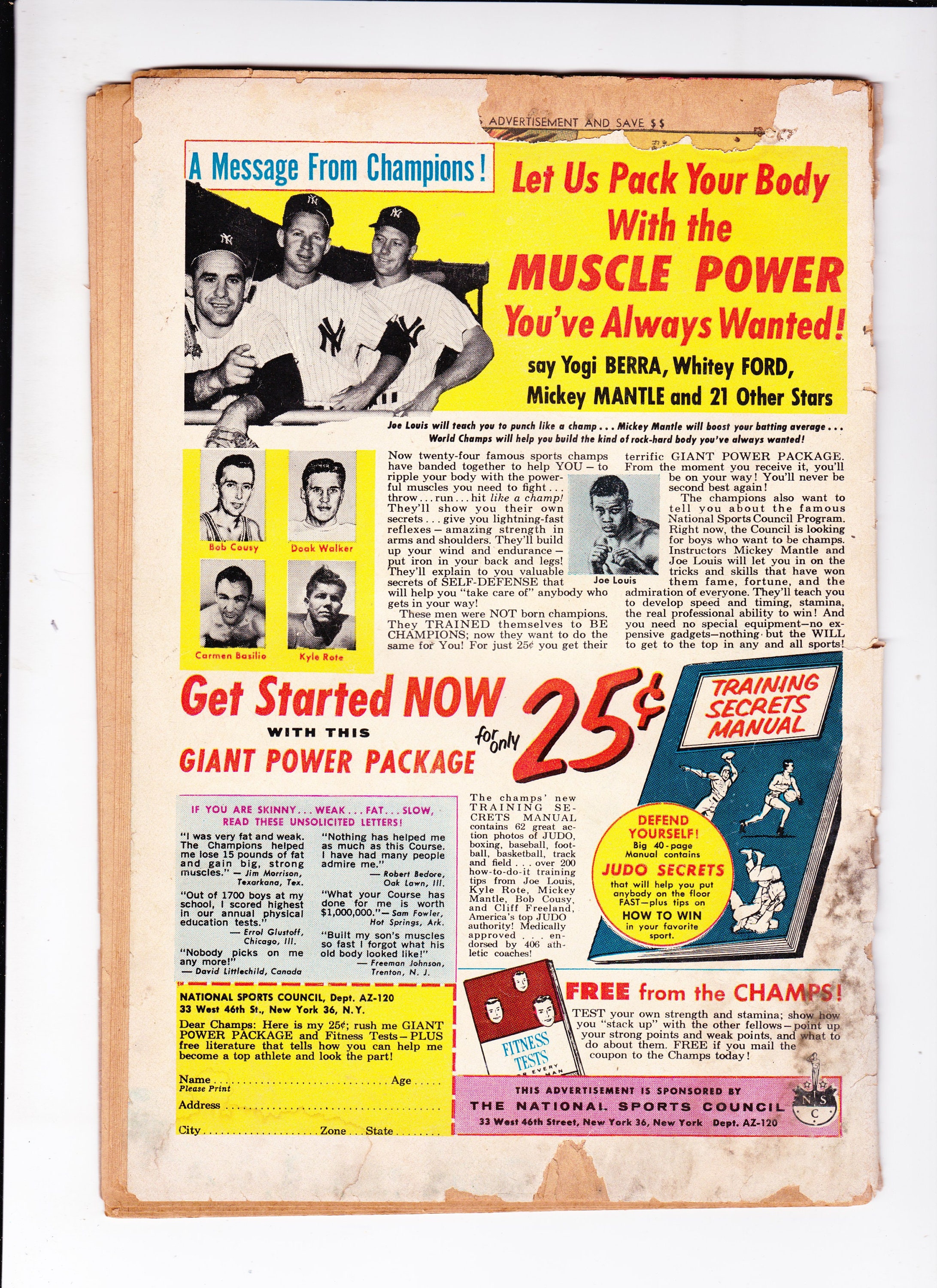 "Voyage to Dimension X!":
Lex Luthor has an elaborate plan to trap Superman by posing as aliens from another dimension. Supermen of America ad. One-page Ollie story by Henry Boltinoff. "Supergirl's Fortress of Solitude!", script by Jerry Siegel, art by Jim Mooney; Supergirl builds herself a secret Fortress of Solitude, but it is found by explorers who use the information to blackmail Supergirl into making them rich. Cave Carson Adventures Inside Earth ad

1st Printing.
This comic book is in used condition and is complete with cover and all pages attached it has flaws that warrant a grade of G.
Comic will come bagged and boarded.